If a fractal appearing on the Bitcoin price chart matches the previous halving post-consolidation breakout, KIng Coin could keep on climbing from here.

Bitcoin’s price exploded earlier this week before gold hit a new record, and the government pledged to spend an additional $ 1 trillion on stimulus spending.

The soaring money supply has driven a flight to safe havens like precious metals and cryptocurrencies. Digital gold and its physical counterpart both benefit from the recent weakness of the dollar.

Bitcoin has risen in tandem with precious metals due to a number of important similarities. For example, gold has a finite supply and the cryptocurrency is digitally coded so only 21 million BTC.

Every four years of giving or receiving, the amount of BTC released into the market will then be cut in half during an event called halving.

Several supply-based theories exist that attempt to make a future valuation of assets base on scarcity. Those who follow this belief expect the repetition of past cycles and assets to increase in value to how the most recent event has passed.

But will things actually go the same way?

Trader “Coinmaster” has discovered a potential fractal that signals a much higher peak than the current level. And it could happen a lot faster.

2/ If u look closely at this below fractal from Jan to June’ 2016, you can see the similarities with Mar- July’2020. This fractal led into 2016 Halving. There was a 133 day long price recovery & consolidation before the Blast-off to 800$. We’re close to where $BTC was in June’16 pic.twitter.com/icFwuuUCBD

Analysts often look at past Bitcoin cycles to gain a perspective on future price action. Trader “Coinmaster” did just that and gave a fascinating fractal from the last halving. This took place in 2016 and sent Bitcoin into the biggest bull run ever. 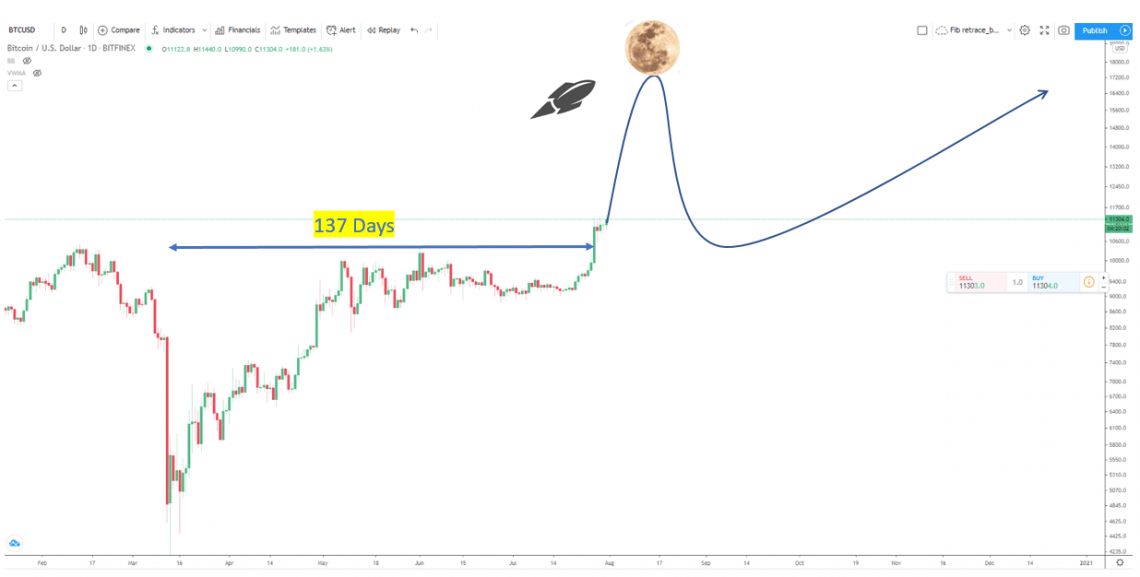 According to the fractal, this pump could only be conducted with a proposed goal of $ 15,000 to $ 17,000. What’s really shocking is the timing of the target.

Fractal shows a rapid and impulsive boom to this extent over the next few weeks, and before August is over. 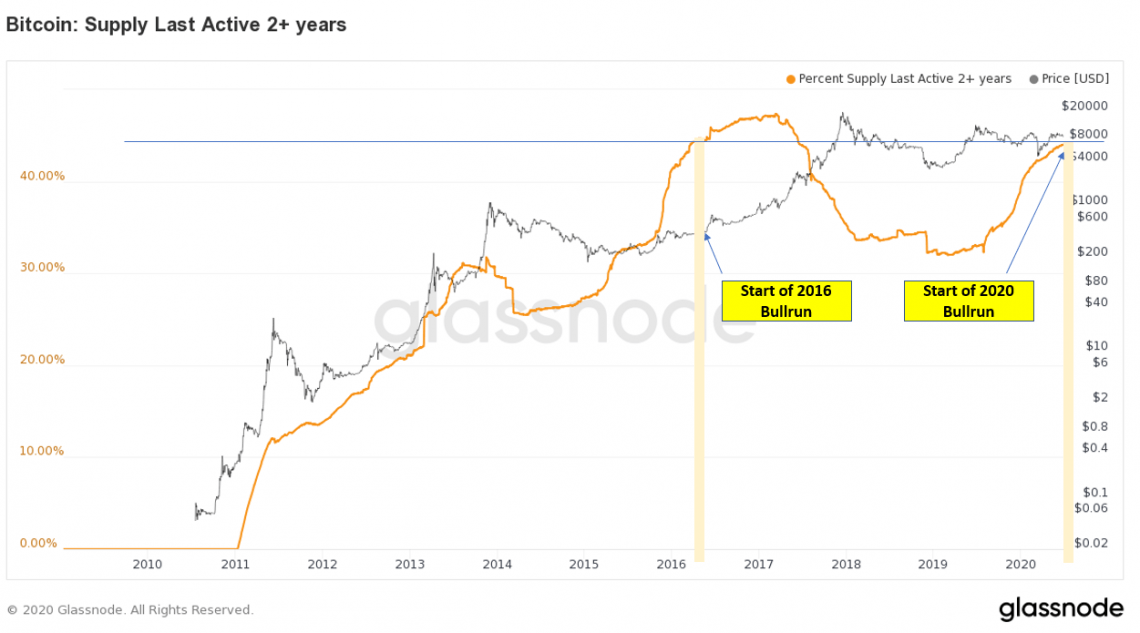 More fundamental data shows that the cryptocurrency is at a similar point in its market cycle. If this is the case and the rise in asset price is driven by the halving effect and digital scarcity, things can go the same way.

Bitcoin price getting closer to a key level that could…

Bitcoin price recovered back above $11.500, leading…