Bitcoin has undergone a strong rally over the past two weeks. But technical trends show that the coin could surge even further in the weeks and months ahead.

One crypto-asset trader and Youtuber shared the chart below on October 28th. It shows that an important technical indicator formed a “buy” for the third time in the past few months.

This shows that Bitcoin has room to move higher in the weeks and months ahead
| Source: @ImWeeknight

This indicator is important as it has predicted critical retracements. Near the highs of February, a sell signal was printed, which was followed by a strong decrease toward $3,500 from above $10,000. The indicator also printed a series of buy signals during retracements during the previous exponential rally of 2016-2017.

Bitcoin Could Rally Higher in the Weeks Ahead

Bitcoin is expected to inch higher in the weeks ahead despite recent weakness in the market.

The cryptocurrency trader who in August predicted BItcoin would drop to $9,800 shared the chart below yesterday. 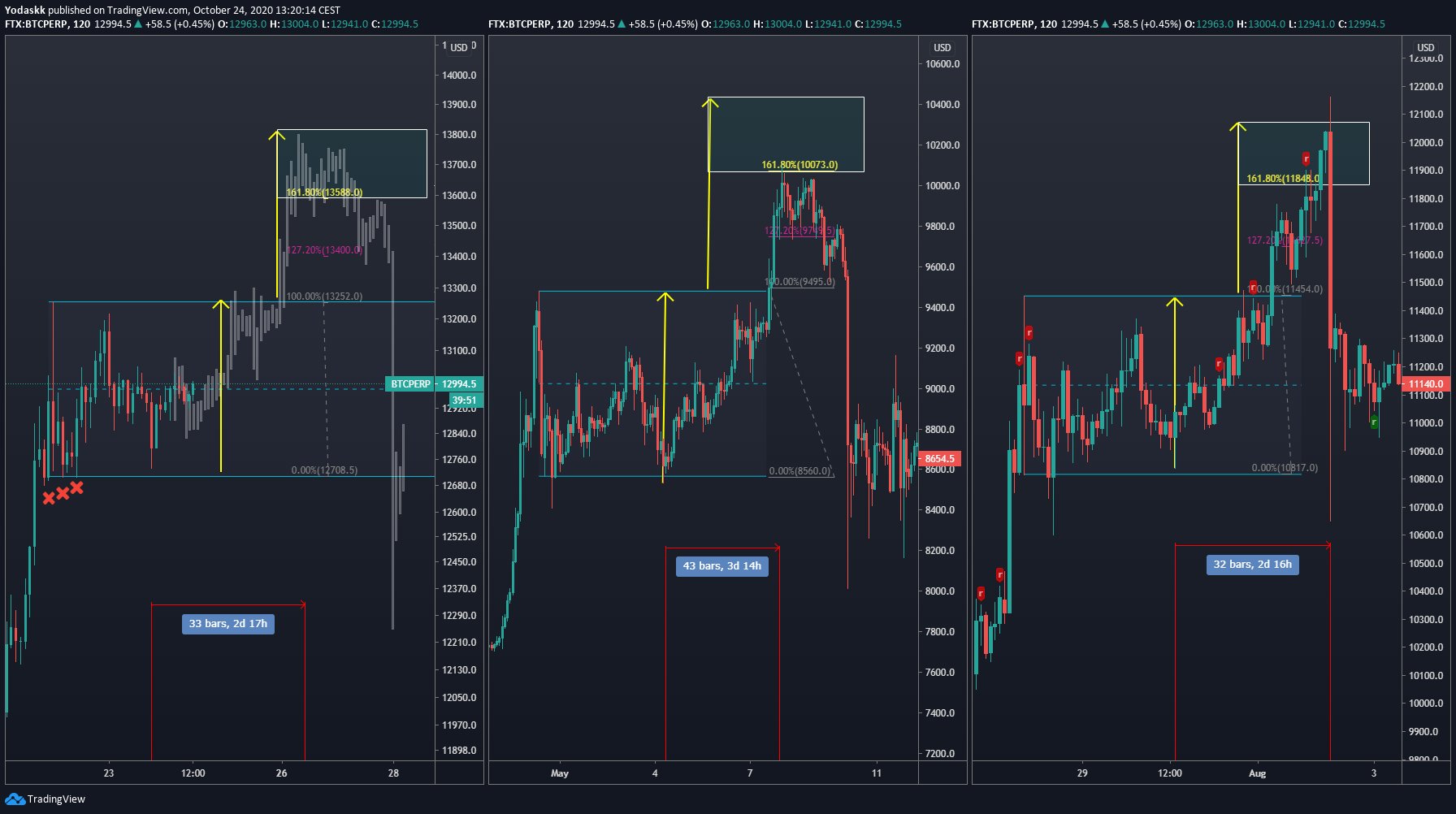 It shows that BTC’s recent price action is extremely similar to a period of consolidation after late July’s rally to $11,000. This fractal comparison indicates that Bitcoin will trend slightly higher to the middle of November, peak at $14,000, then continue to consolidate from there. Bitcoin moving to $14,000 from current levels would mark a 4.5% rally.

This expectation of a bullish consolidation lines up with uncertainty expected around the U.S. Presidential Election. Around the time of these elections, markets are often hesitant as there can be uncertainty about who the chosen candidate will be and how their policies will affect the economy.