At the time of writing, Bitcoin is trading up just over 0,78% at its current price of $13,500. This is around where it has been trading throughout the past few days. Earlier this week, BTC rallied as high as $13,850 before it lost its momentum and slid as low as $12,800.

It still has a way to go before it is back in firm bull territory, as the overhead resistance it faces is quite intense.

While sharing his thoughts on where Bitcoin may trend next, one analyst explained that Bitcoin’s Renko chart suggests a move to $12,500 is in the cards.

The same $BTC structure is present on Renko and we’ve still not had the “playout” for the divergence.

Still looking for $12.5k in line with the prior moves to the downside after these strong runs.

Because altcoins have been bleeding out as Bitcoin consolidates, a potential decline down to $12,500 could spark another bout of capitulation for smaller tokens.

Bitcoin has begun to consolidate above $13,000. $13,000 has long been an important level for Bitcoin, making this consolidation important for the bull case. The cryptocurrency currently trades for $13,500, above the aforementioned support level.

In a continued win for bulls, most Bitcoin funding rates on leading futures exchanges currently are negative. The funding rate is the fee that long positions pay short positions on a recurring basis to keep the price of the future close to the spot market.

According to ByBit, a crypto derivatives tracker, the current Bitcoin futures funding rates are bearish on Binance, BitMEX, and OKEx.

Adding up all the reasons the bitcoin bull run is here

All signs point to Bitcoin breaking into a new bull market after bottoming now nearly two full years ago. A higher low set this year on Black Thursday during one of the worst selloffs the young asset has ever seen was one half of the equation in confirming a new uptrend.

The other half of the puzzle is a higher high, which Bitcoin this week came just dollars away from setting.

The cryptocurrency is now trading a few hundred dollars away and declining, however, another higher high this year post-election, or at the start of 2021 is still very likely. 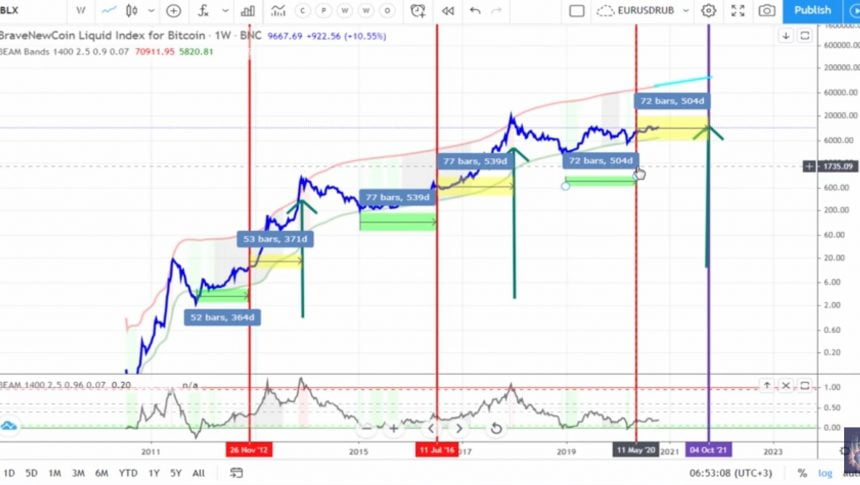 Bitcoin for the first time this week since 2019 entered bull market territory on the weekly RSI – yet another signal that its clear skies again for the crypto asset once it cracks $14,000.