In a recent tweet, Galaxy Digital CEO Mike Novogratz believes that Bitcoin will lead the next crypto rally.

The crypto billionaire believes that the price will be able to recover as soon as the US Federal Reserve (Fed) abandons its hawkish monetary policy and stops raising interest rates.

The market is in the process of correcting against the bursting of an asset bubble, which he says is caused by the Fed.

Novogratz also explained that cryptocurrencies are underperforming a lot compared to stocks due to the fact that there is no buyback and huge pension rebalancing is causing a squeeze on stocks.

At the time of writing Bitcoin is flat and hovering around the $28,800 mark. On the weekly frame, the largest cryptocurrency is losing more than 2%. 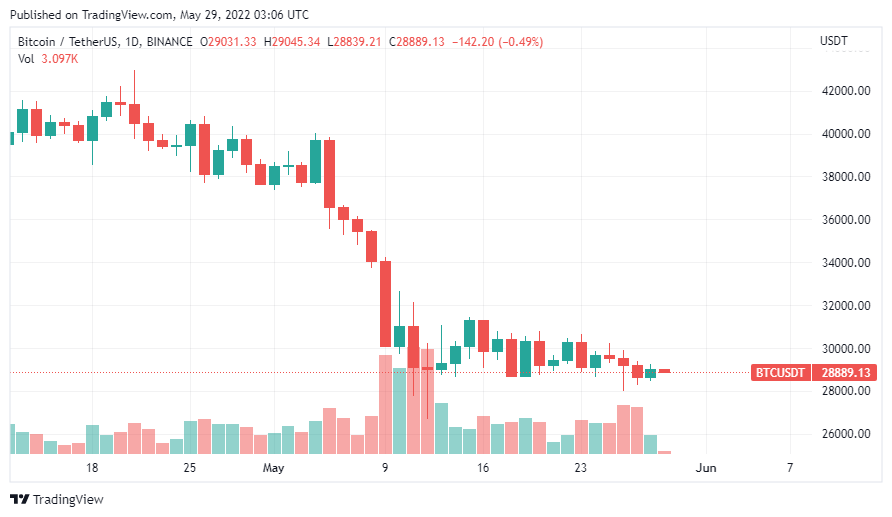 Prior to that, Bitcoin’s correlation with the Nasdaq 100 hit a record high, but the leading cryptocurrency now appears to have diverged from equities.

Novogratz predicts that the market will not go up immediately after the collapse of the Terra project in early May. In a most recent tweet, the Galaxy Digital boss said that building revolutionary technology is no easy feat.

Cosmos, which is structurally different from Ethereum in that it is a network of many smaller blockchains but also offers highly functional smart contracts, dropped 12% to $9.55.

DOGE, after gaining momentum from Elon Musk’s announcement, is now back down and is losing 2% on the day.

The highlight of the day was Terra’s revival from the ashes with the newly minted LUNA token, which became available for trading at crypto exchange Bybit about 10 minutes after launch.

About 12 hours later, however, LUNA (or LUNA2 on some exchanges) is down 88% from its $30 peak and is currently trading at $5 at press time, according to data from Bybit exchange. 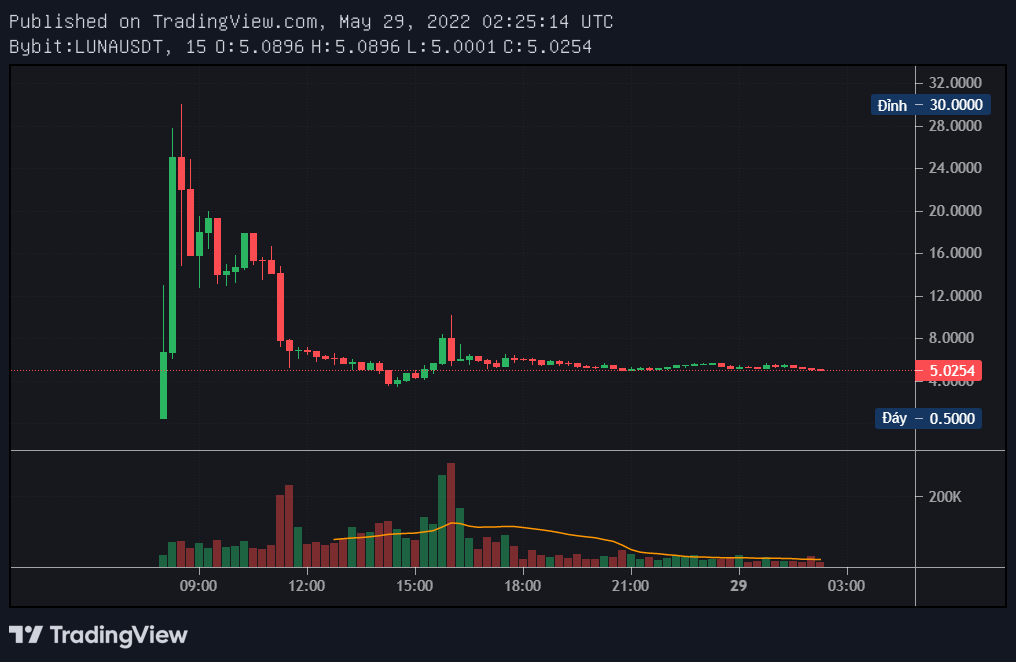 Terra CEO, Do Kwon, on the day of his reincarnation, was mostly silent on Twitter other than retweeting announcements from exchanges.

“Trust is the ultimate currency,”  CEO Changpeng Zhao of Binance tweeted shortly after Terra 2.0 launched. Binance is one of the platforms that support Terra’s new blockchain.

Sometimes you just have to accept your loss. The experiment failed. Move on.