Bitcoin Cash underwent its halving at block height 630,00, but could only add up to its current list of burdens

Bitcoin Cash completed the halving at the 630,000th block, with the block reward reduced to 6.25 BCH. Antpool, one of the leading mining units in this network, has dug up the block, as mentioned above.

Congratulations to @AntPoolofficial for finding the block

The Bitcoin Cash network security: From bad to worse?

Bitcoin Cash fired the first shot in the “halving season” when coins named “Bitcoin” were scheduled to be ready for the event to halve their block rewards shortly. Bitcoin SV will be halving on April 9, and Bitcoin (genuine product) will be halving on May 14.

However, within this article, we will discuss the story of Bitcoin Cash, when the halving event seems to bring more and more bad news to the coin soon.

As we all know, a halving event means that the block reward of Proof-of-Work networks is reduced by half. According to the current valuation, the estimated block reward of BCH will be about $ 1.703 post-halving, that number of BTC will be $ 45.687.

While these numbers are estimates, they also show a fairly clear picture, where miners are more likely to turn their hardware to Bitcoin – the currency for large profit margins. With BTC’s hashrate 30 times that of BCH, the profit of BTC mining is 53 times that of BCH. 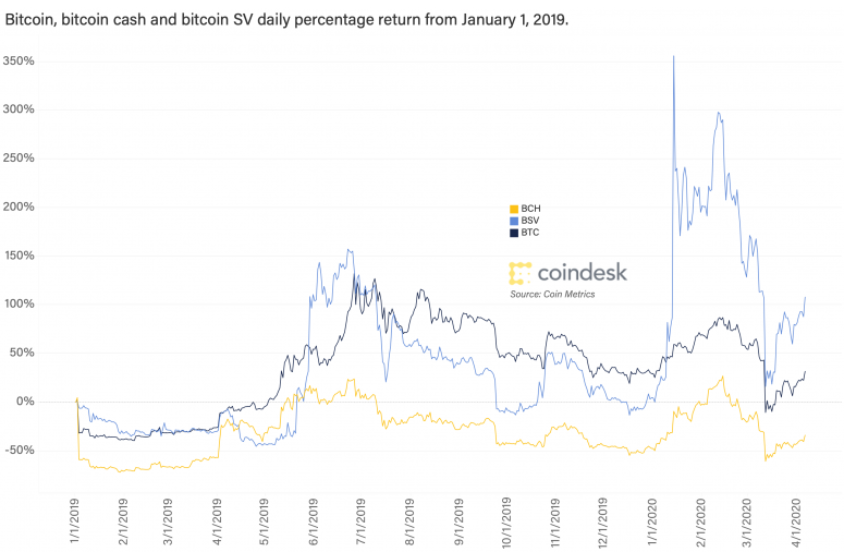 If Bitcoin Cash price is not near the highest level in 2020 as it is now, many miners will still bet on the growth of this currency and stay with the network to wait for the BCH to go higher. However, the growth momentum for Bitcoin Cash is currently fragile, plus the block reward has just halved, it will be challenging to convince miners to stay with this network.

If the underlying figures are observed, in the past 30 days, the BCH hashrate has fallen by 30% from its peak in 2020 at 3.44 EH/sec and 55% from its all-time high. The health of the network is clearly in a weakened state, and cutting block rewards can make matters even worse.

It has now been an hour since the halving and still no more blocks.

After the 50% reward drop, did miners leave for other coins or is this just variance?https://t.co/rSyxtls3Yj pic.twitter.com/w380dcC4tj

Therefore, if the BCH hashrate continues to decline after miners start cutting down their processing power and moving to Bitcoin, then the likelihood of a 51% attack will be very high, and the possibility for Third parties take advantage of this network very clearly.

Chainalysis: The recent COVID-19 market crash reduced risk of halving price dump and could have set up Bitcoin bullrun

Bitcoin Price Good News: This Is The Time to Buy BTC,…

Analyst says that History is Repeating for…

BCH has just chain split to BCHA and BCHN following…