Bitcoin Cash, Bitcoin SV, DASH recorded increases of over 50% over the past 24 hours, so is the Altcoin season here?

At press time, the Bitcoin price, cryptocurrency market, and especially the top altcoins are increasing by more than 10% in the past 24 hours. So is the Altcoin season here? 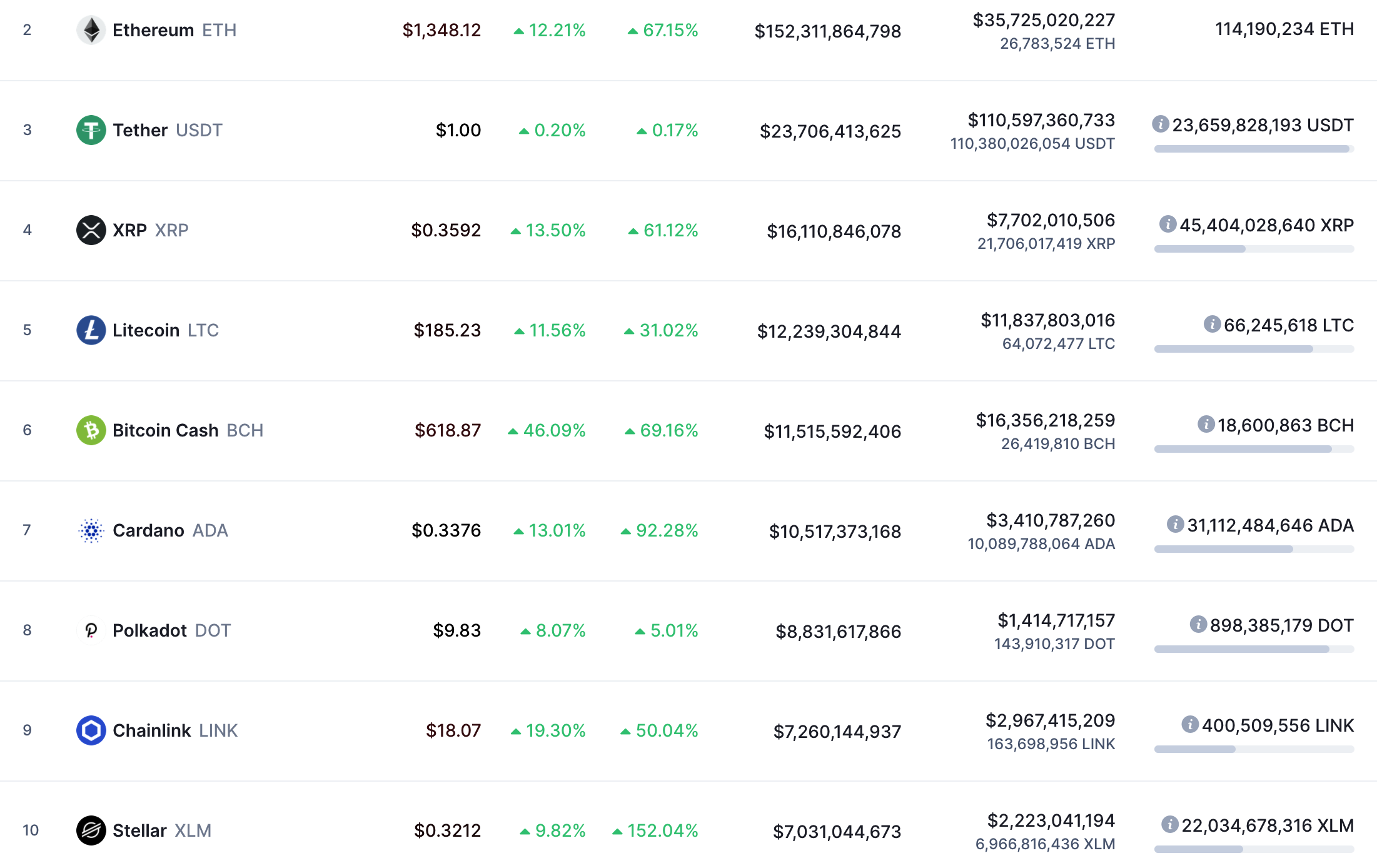 Bitcoin price and Ethereum have entered a holding pattern, Altcoin season has arrived?

Elsewhere, in addition to ETH and XRP, other altcoins in the top 10 CoinMarketCap such as Litecoin, Bitcoin Cash, Cardano, and Chainlink also saw increases of over 10%. Of which the most prominent is Bitcoin Cash with a nearly 50% increase in the past 24 hours. Also, the rising altcoins are all related to decentralized finance (DeFi). Yesterday and today, the focus has shifted from DeFi to altcoins dating back to 2017 like IOTA and EOS.

Specifically, ZRX, the native token of decentralized exchange protocol 0x, has gained 25% in the past 24 hours, adding to the 40% gain it recorded earlier this week. Altcoins can benefit from the developments around them and the increasing use of Matcha, a decentralized exchange aggregation tool built by the 0x team.

MakerDAO’s IOST, MKR, IOTA, EOS, Bitcoin Gold, Tron’s TRX, and Zcash are also among the over 15% – 20% increase in cryptocurrencies over the past 24 hours. It should be noted that these rallying coins performed worse than DeFi, Bitcoin, and Ethereum tokens over the summer and in recent weeks, suggesting this recent price action is just a reversal.

However, not all of today’s bullish tokens are 2017’s altcoins. Avalanche (AVAX) has risen 42% in the past day as this new blockchain has already started rolling out the applications that could make it possible. competitor or alternative to Ethereum.

However, this hype is arguably impractical or even without the potential utility

The biggest failing of the cycle so far is the fact that ghost chains are still listed and more readily available for normies entering via fiat on-ramps than high-quality blue chips.

Even today, even after DeFi has seen capital inflows and users pour in, the majority of DeFi projects trade outside of the top 50 cryptocurrencies by market cap.