According to Norwegian financial services company AksjeBloggen, the number of Bitcoin ATMs has increased by 87% over the past year, from 5336 recorded in September 2019. In 2020 alone, nearly 3,900 new ATMs appear. To date, there are more than 10,000 machines worldwide. 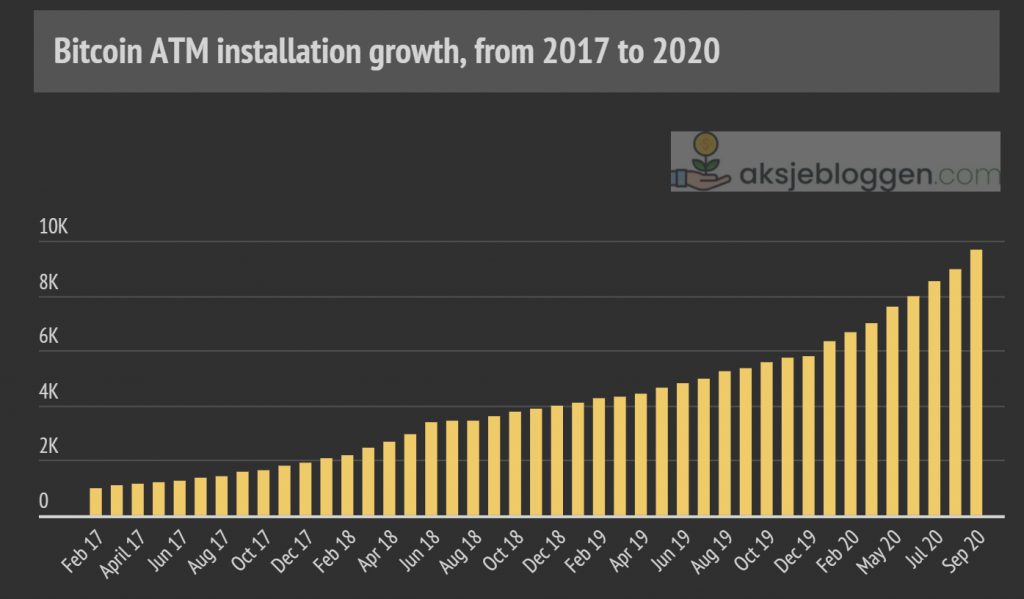 The total number of Bitcoin ATMs has now passed 10,000 worldwide

According to CoinATMRadar, there are 10,014 ATMs in 71 countries that allow users to buy and sell Bitcoin and altcoins for cash.

“2020 has witnessed a surge in the number of ATMs supporting digital coins. 3,885 new BTMs (opened) worldwide between January and September, a 67% increase in nine months.”

Currently, the United States leads the worldwide market with significant profit margins, with more than 7,800 BTMs. Canada is second with 869 machines. Depending on the machine, crypto holders can buy and withdraw major cryptocurrencies including Bitcoin Cash, Ether, Dash, Litecoin, Zcash, Monero, Dogecoin, Tether, and XRP.

However, adoption is not growing everywhere. It appears that Austria is one of the few countries with negative Bitcoin ATM growth since 2019. The country currently has 149 BTMs, down from 244 in September 2019. 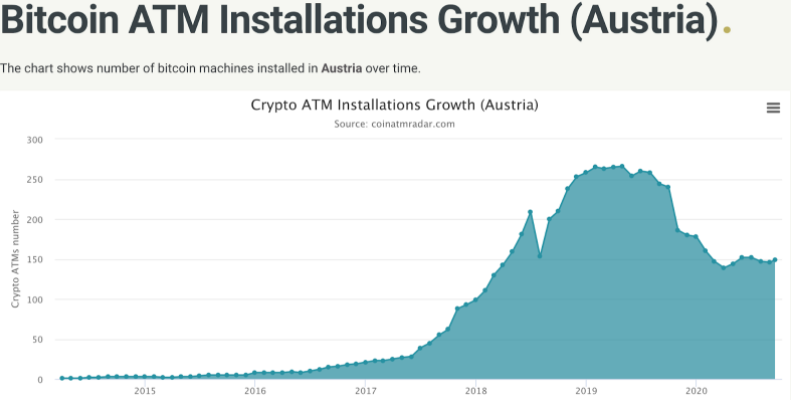 The drop may be related to a legal climate, with new regulations in neighboring Germany, which has only 27 BTMs. The owner of the machine must now obtain a license from the country’s financial regulator, BaFin, to operate. German businesses can be held responsible for unlicensed Bitcoin ATMs on their property regardless of who owns them. 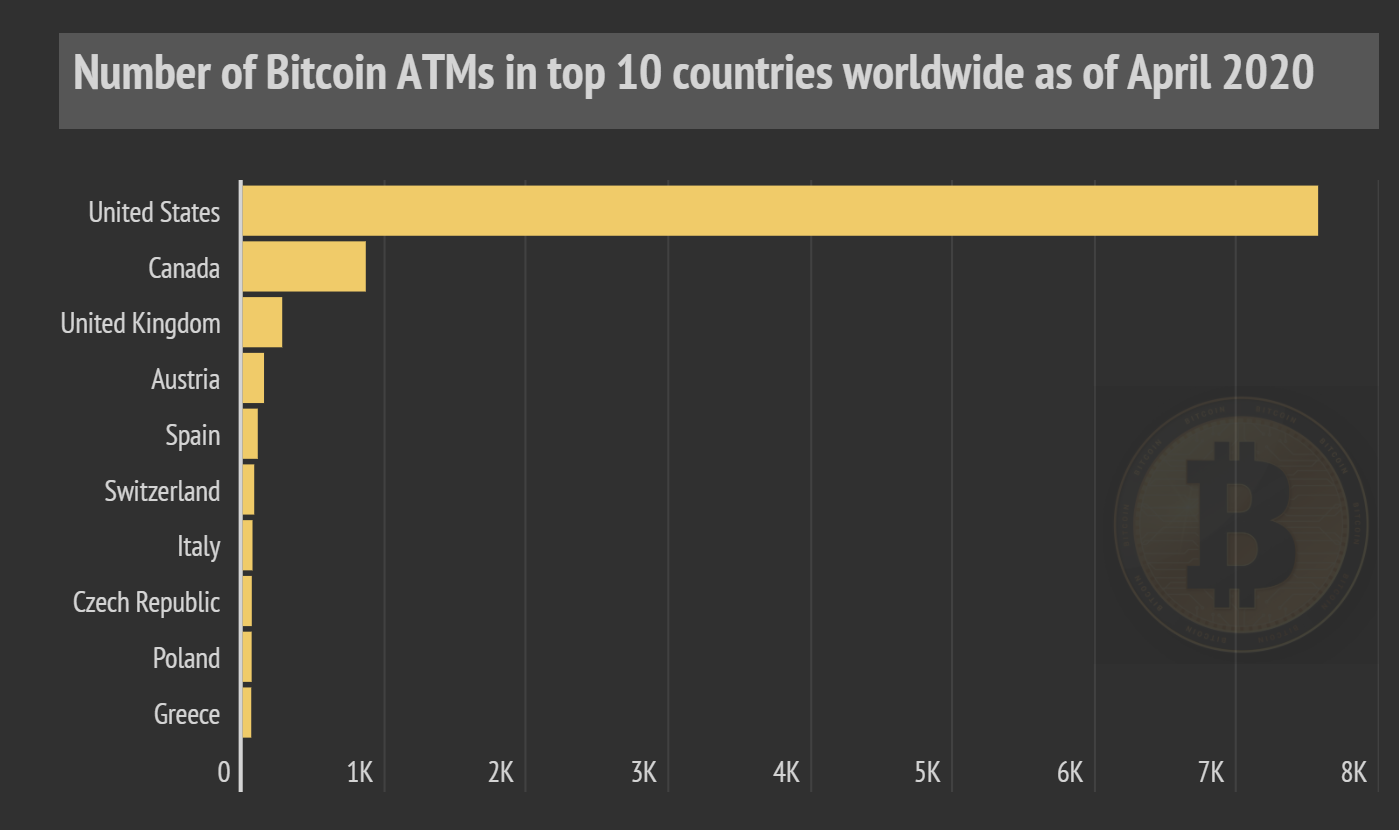 “ATMs are proving to be one of the most convenient and quickest ways to transfer physical cash into Bitcoin or other cryptocurrencies. Bitcoin is a very complicated concept and we’ve packaged it up, and made it easy for you to go to the ATM, use cash and you get Bitcoin right away—before you even get back to your car.”

According to Polotsky, CoinFlip’s machines comply with regulations that were introduced in 2013.

“We do comply with all the same standards that a bank does, at least in the United States. Over here, it is a very regulated industry.”

But not all countries have been able to keep up. Authorities worry that Bitcoin ATMs present a simple method of currency conversion for money laundering and tax evasion, and some have introduced new legislation, which makes unlicensed machines illegal.

In Germany, Polish firm KKT UG saw its 17 unlicensed ATMs seized by the authorities last month. The machines were in breach of German regulations, passed at the end of last year. But the sector’s growth shows no sign of slowing down.

Bitcoin price may confirm the same type of throwback and retest of the multi-year, “meme” triangle downtrend line from ATH