Binance.US entered an agreement with Voyager to purchase the bankrupt lender for more than $1 billion

By a fresh press release released on December 19, the cryptocurrency exchange Binance.US will pay $1.022 billion to buy the assets of the defunct lender Voyager Digital. The company said Binance.US represented the “highest and best bid for its assets” after considering its tactical choices.

Binance.US set to acquire Voyager Digital assets for $1B

According to bankruptcy law, the proposal was the biggest and best offer and is estimated to be worth $1.022 billion. According to a statement from Voyager, the amount represents the fair market worth of the company’s assets at current pricing plus $20 million in additional value.

After the lender’s assets were put up for auction in September, FTX.US, the American subsidiary of the now-defunct FTX exchange, was initially supposed to buy Voyager. The bid from FTX.US was $1.2 billion.

“The Company’s claims against Three Arrows Capital remain with the bankruptcy estate, and any future recovery on these and other non-released claims will be distributed to the estate’s creditors. The Binance.US bid aims to return crypto to customers in kind, in accordance with court-approved disbursements and platform capabilities.”

FTX.US had initially planned to buy Voyager when the lender’s assets were put up for auction in September. The $1.2 billion bid from FTX.US. After FTX’s demise, Binance declared that Binance.US, its American affiliate, would present its bid. A Voyager representative declined to comment.

“The Binance.US bid aims to return crypto to customers in kind, in accordance with court-approved disbursements and platform capabilities,” Voyager said in the statement. 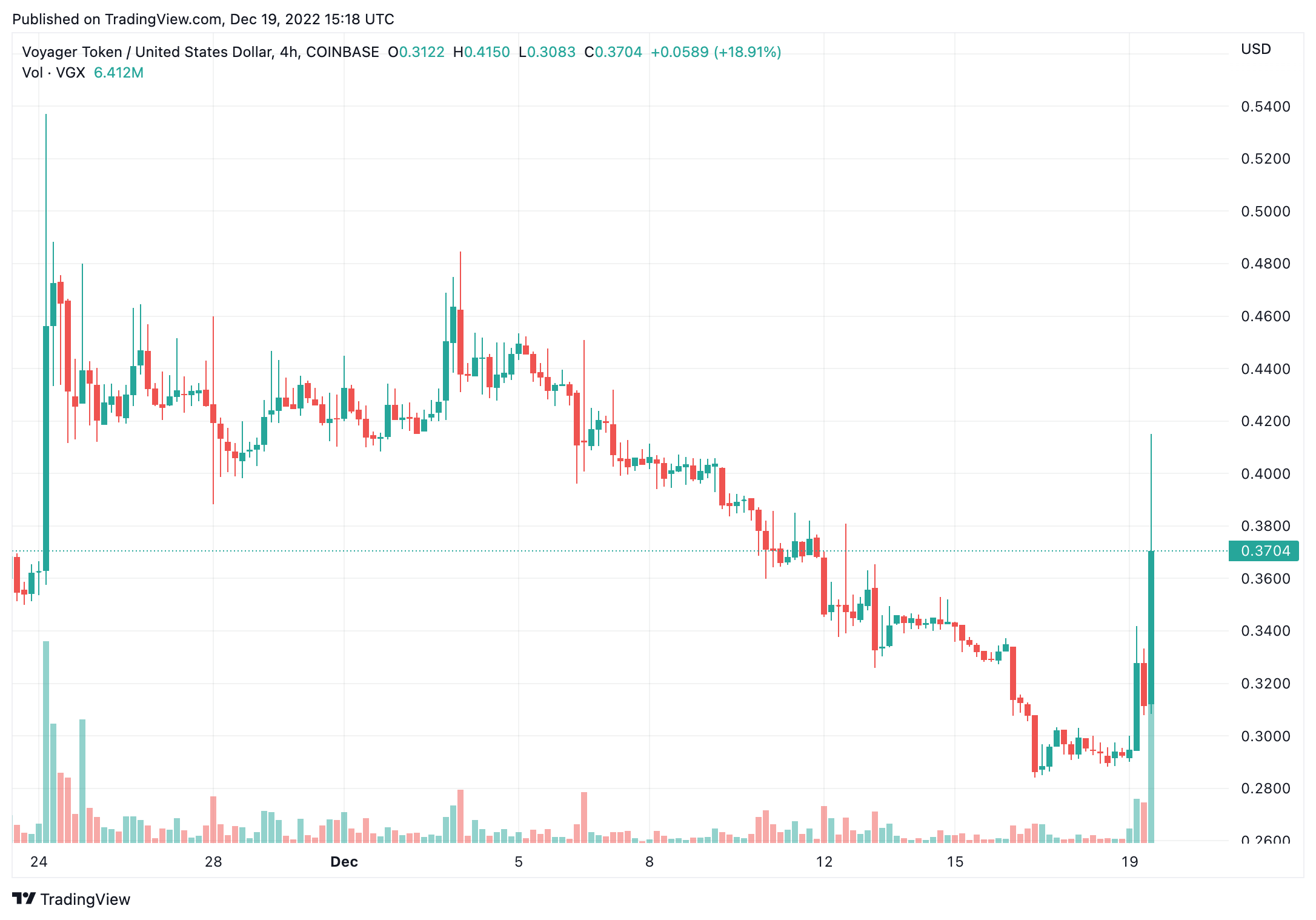 Following news of the bid, VGX, the native token of Voyager, increased by around 35%. According to the lender, the US will provide a $10 million good faith deposit. At a hearing slated for January 5, 2023, Voyager will ask the court for permission to sign the asset purchase agreement with Binance US.

Binance warns about large transactions with XRP, but there is no need to worry

Beam (BEAM) price has taken a nosedive as Binance pulls…

Binance burns hundreds of millions of dollars worth…

Binance has recently completed due diligence on the…