Binance.US will remove support for XRP on January 13, 2021 at 10am ES. XRP trading and deposits will be suspended, according to an announcement Wednesday.

“Binance.US users will not be able to deposit XRP as of January 13, 2021 at 10am EST. XRP withdrawals will not be affected at this time,” the exchange said, “Withdrawals are permitted after January 13 but will require a deposit tag/memo stipulated on the Binance.US website.”

Yesterday, Genesis Trading sent an email to the users, said that the digital asset lender had made the move, effective December 29, as a precautionary measure. “Our team is actively monitoring the evolving regulatory situation with XRP,” the email said. 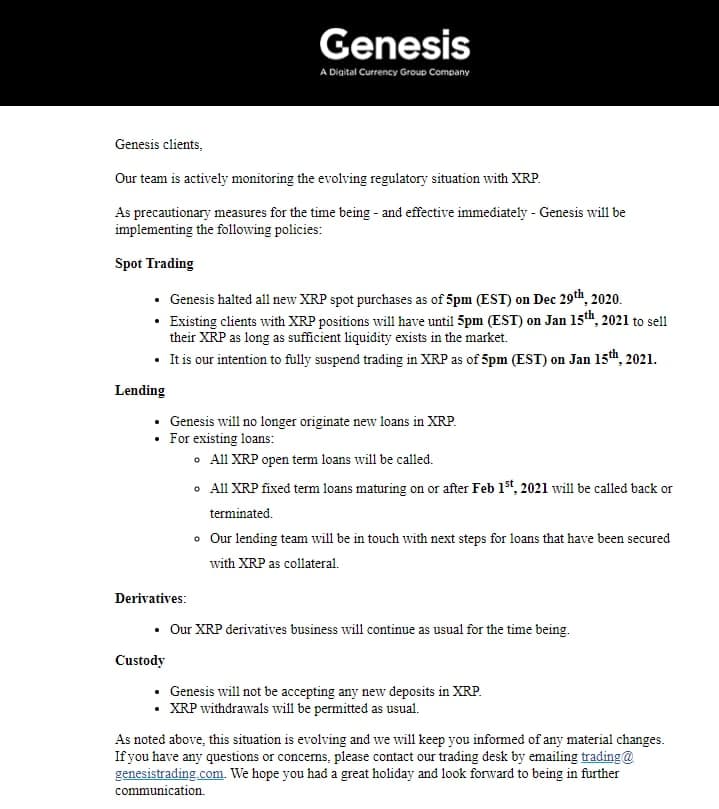 Different other exchanges, Uphold siding with Ripple, “Uphold will continue to list XRP until and unless the Complaint is adjudicated against Ripple – specifically citing that XRP is, today, a security, or trading volume dissipates to a point where we can no longer support.” CEO JP Thieriot tweeted.

“Uphold hopes that due process resolution to the SEC/Ripple dispute can both set the goalposts for token offerings going forward, as well as clear the fogbank of uncertainty that now presumably settles over the Stellars and Filecoins of the world, if not ETH itself.” He added.

Since news of the SEC charges broke, the price of XRP has fallen more than 66% as some exchanges have announced they will halt trading for the token, including Coinbase, OKCoin, Bittrex, Crypto.com, 21Shares, Swipe, Zilgu, Wirex, OSL, Beaxy, CrossTower, and Bitstamp.