Binance has announced that a subsequent round of BNB token burning was successful. Data shows that a record 2.06 million BNB were burned this time, costing more than $600 million so far. A total of 44.1 million Binance Coins have been burned thus far, 21.83% of the 202 million tokens that make up the total supply of BNB. 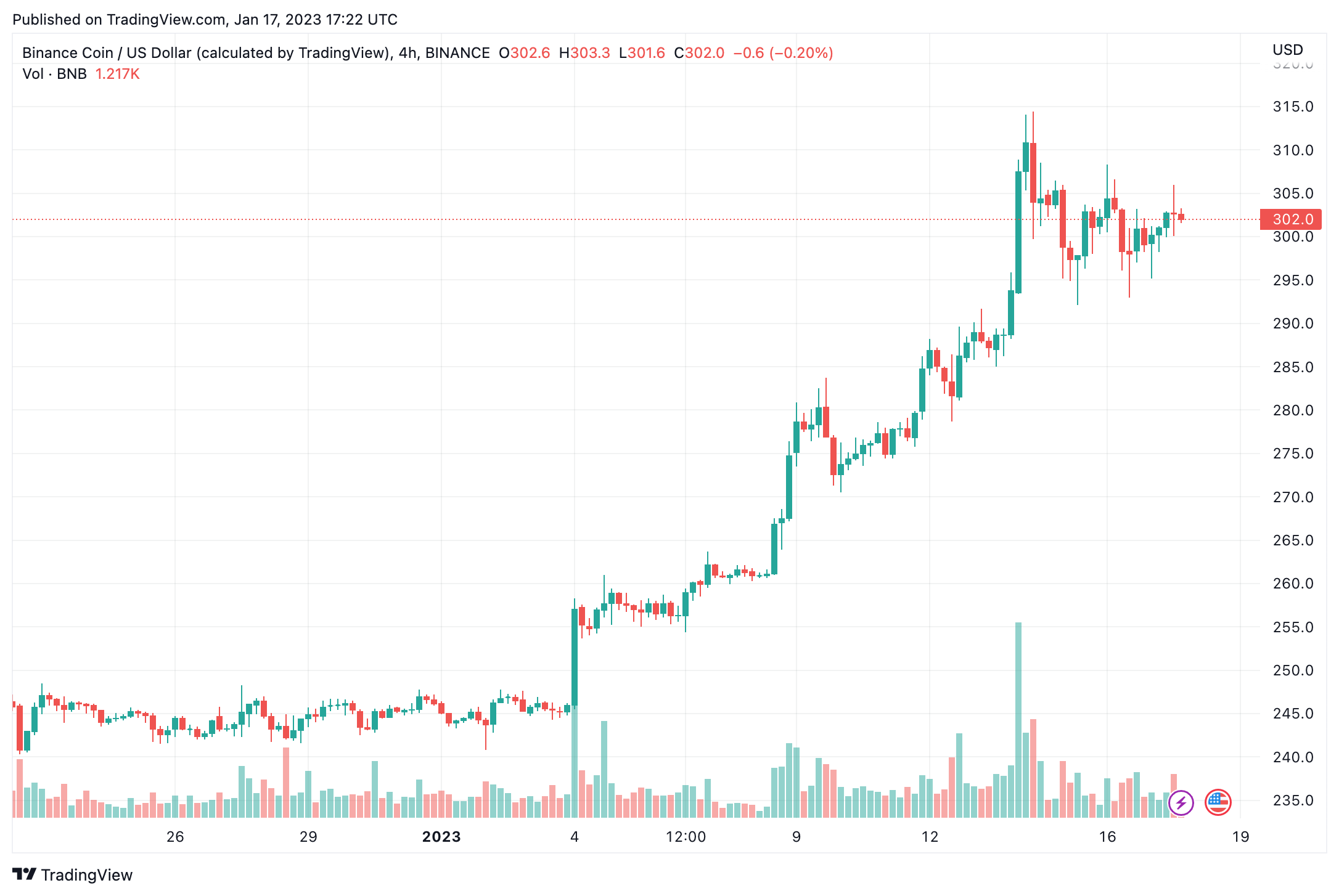 According to the BNB Burn webpage, 2.07 million BNB are expected to be burned by the end of the first quarter of 2023 for Binance’s quarterly token burning. It’s important to note that the current quarter’s burning formula calls for a price of $275.12 per BNB, even less than the fourth quarter of 2022.

The price of the Binance token has also increased more than 20% in the previous two weeks, recovering from a comparable decline in December that was accompanied by anxiety, uncertainty, and doubt about the exchange as a result of rumors that it was being investigated for engaging in criminal behavior.

The announcement of the massive token burn had little impact on BNB’s price, but it managed to keep the critical level above $295.5 per token. Since the start of the year, the Binance token has lagged behind both Bitcoin (BTC) and Ethereum (ETH) in price action, which raises the possibility that FUD is still exerting pressure on the token’s prices.

Beam (BEAM) price has taken a nosedive as Binance pulls…

Binance has recently completed due diligence on the…

Binance.US entered an agreement with Voyager to…