Before the SEC v. Ripple summary ruling, a crucial XRP price level must be broken

Amid the market-wide difficulties for the cryptocurrency industry, XRP is looking at a glint of hope as it awaits the court’s decision in the summary judgment in the legal battle that its issuer, Ripple, has been fighting against the U.S. Securities and Exchange Commission (SEC).

Specifically, to achieve a more significant price growth, XRP needs to break above the critical level at $0.40, after which it can expect a move upward toward around $0.45, pseudonymous crypto trading expert Altcoin Sherpa stressed in the analysis on November 29.

Upon the filings, XRP had rallied, as it later did after the ruling on the handover of the Hinman documents and the approval of the amici briefs filings, demonstrating the significant influence that the developments in the case exercised on the price of the Defi token.

Should the judge in the widely publicized case, Analisa Torres of the U.S. District Court for the Southern District of New York, decide in favor of the blockchain company, it could act as a powerful momentum for the price of XRP, both in terms of breaking the resistance and spiking a strong bullish run. 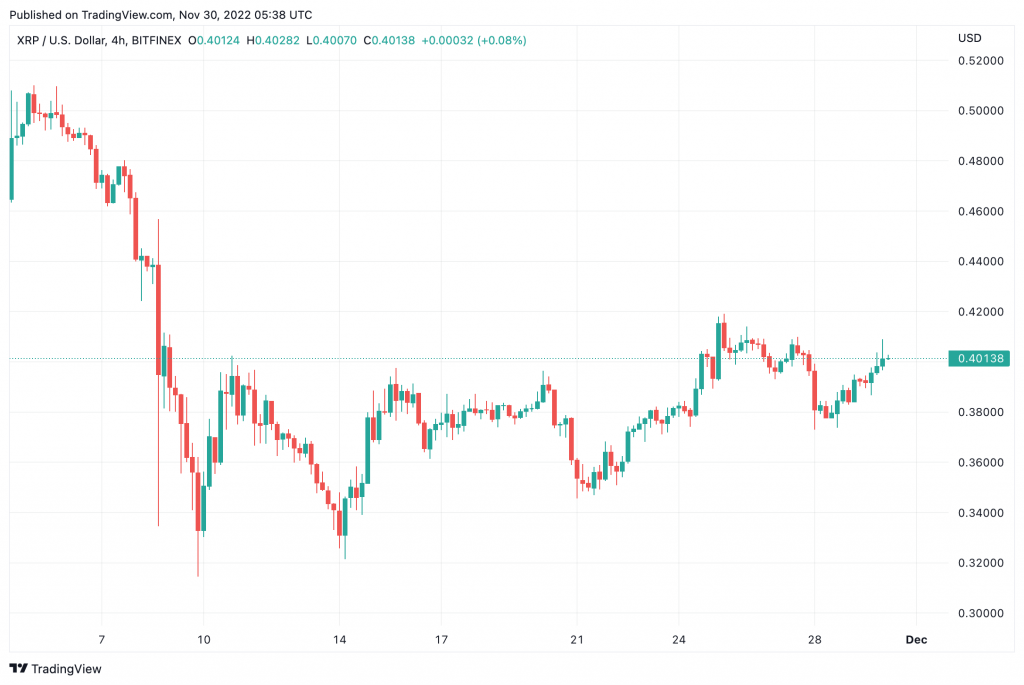 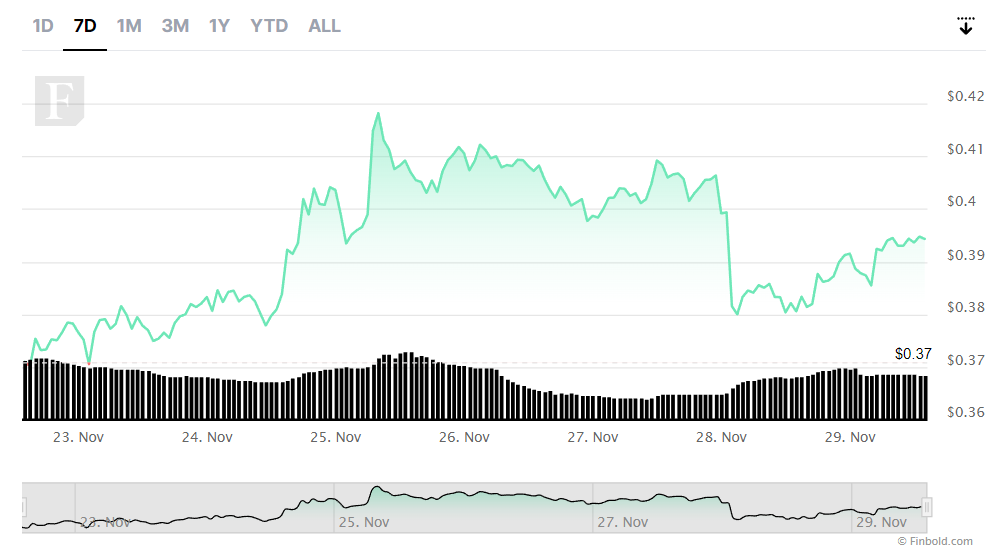 As the deadline for the summary judgment draws near, XRP has received an influx to its market capitalization for $1 billion in one week, currently standing at $19.68 billion.