The chief executive of investment management company Ark Invest, Cathie Wood, stands by her company’s forecast that Bitcoin price will probably reach $1 million by 2030. “You know, sometimes you need to battle-test, you need to go through crises to see the survivors first,” said the noted investor.

Cathie Wood says Bitcoin will be worth 1 million per coin by 2030 https://t.co/D8Sk91Z4Me pic.twitter.com/vlI4FTofMr

Wood has acknowledged that the current scandal will probably postpone institutional adoption. Famous investors will take a step back to assess their level of understanding of Bitcoin. After doing their research, the celebrity investor is confident that institutional players may even become more at ease with Bitcoin. She continued, “I think they could be more comfortable getting into Bitcoin and, possibly, Ether as a first stop after they actually do the study and see what’s transpired here. Wood is confident that institutions must learn more about the two most prominent cryptocurrencies.

In its “Big Ideas 2022” outlook study from January, Ark Invest predicted that Bitcoin would reach $1 million by the start of the next decade. The positive forecast is predicated on the idea that national governments will begin accepting the biggest cryptocurrency as legal tender. Additionally, Ark Invest anticipates Bitcoin capturing a larger share of the market for international payment settlement. Before that, the prominent fund manager forecasted that Bitcoin would be able to reach the $500,000 threshold by 2026. She claimed that if institutional investors invested at least 5% of their assets in the leading cryptocurrency, such an ultra-bullish target would be feasible. 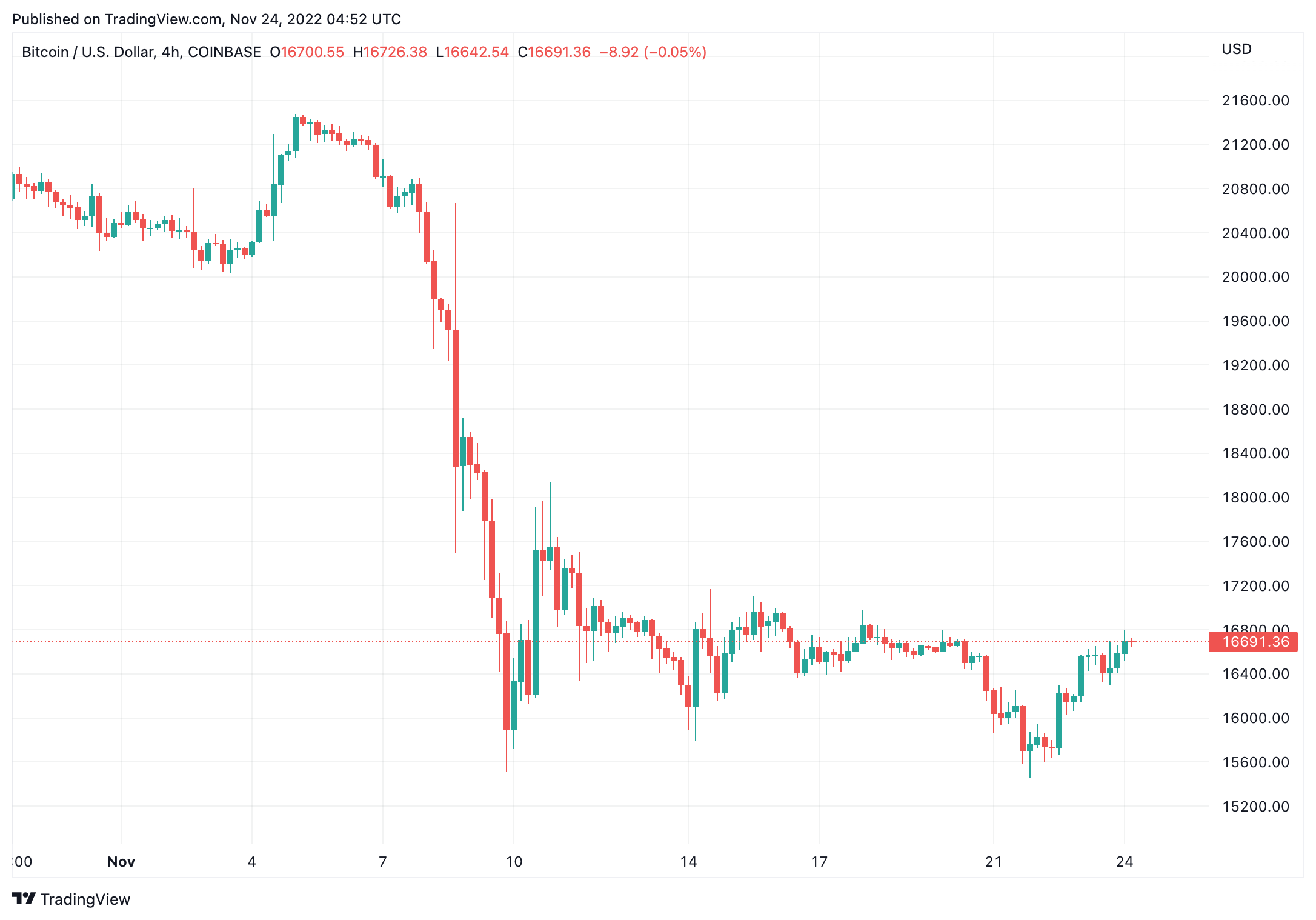 A day before the U.S. Thanksgiving weekend, Bitcoin price was trading up more than 2%

Seven-year-old Bitcoin has been reawakened as a crypto wallet linked to Mt. Gox started moving currency

Gate.io Announces to Make Its Merkle Tree Proof of…