ApeCoin spiked then dipped due to Elon Musk causing a stir in the NFT community, now growing 14%

Around $1 billion has flowed into ApeCoin after Elon Musk teased NFT owners of Bored Ape Yacht Club. While prices are stable, rumors have suggested that Musk may have “adopted” the famous collection.

ApeCoin spike then drop today due to Elon Musk causing a stir in the NFT community.

Musk’s latest social media play quickly led to speculation that he may have “applied” to the Bored Ape Yacht Club collection. However, the famous businessman has yet to confirm any purchases. The latest development comes after Musk was pictured with members of MoonPay, the company that has helped the likes of Post Malone and Paris Hilton get their own Bored Apes. A few days after the photo appeared online, MoonPay purchased Bored Ape #1837, one of the rarest NFTs in the collection, for 569 Ethereum worth $1.5 million.

However, minutes after changing his Twitter avatar, Musk posted a tweet that appeared to poke fun at the Bored Ape community. “I dunno … seems kinda fungible,” he wrote, likely referencing the ease with which he saved a photo of the Bored Apes and used it as his avatar. “Fungible” means interchangeable, whereas assets like Bored Apes are described as “non-fungible” as they are unique with only one owner.

ApeCoin’s profits were quickly erased; APE is trading at around $4.45 billion at press time. From a technical perspective, ApeCoin seems to have found support around the 200 hourly moving average on its 4-hour chart. Now, it needs to break through the 100 and 50 hourly moving averages to be able to recover from the 50% correction it experienced over the past week. These key resistances are at $17 and $18 respectively. 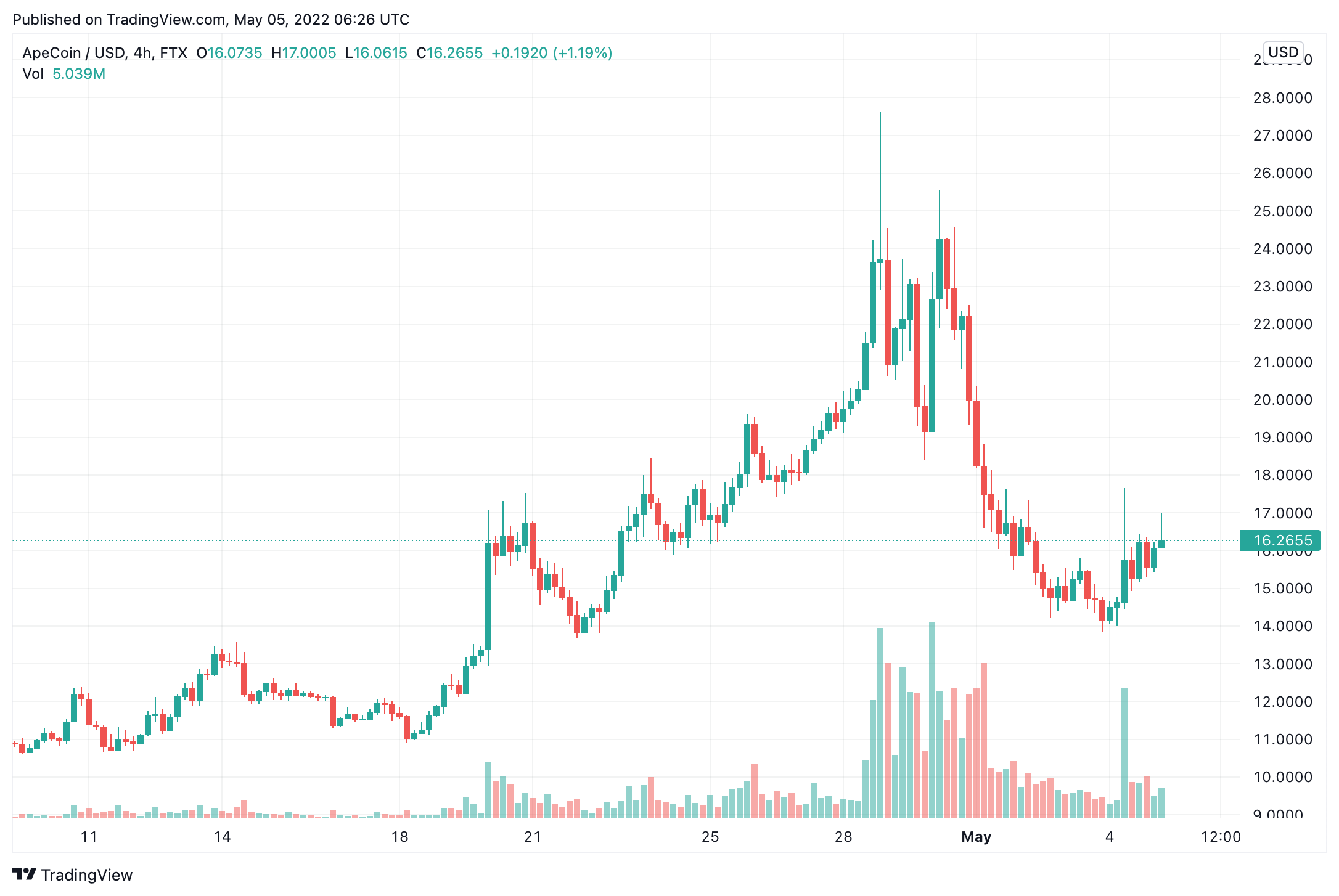 A sustained close above this supply barrier could push APE towards $20 or even $23. It should be noted that further selling could occur if ApeCoin loses the 200 hourly moving average at $14.30 as support. A breach of this demand zone can encourage traders to exit their positions, increasing the downward pressure behind the APE. In such cases, if no other confirmation by Musk affects the price, a drop to $11.50 is possible.

Top 5 Undervalued Altcoins With Massive Potential In May 2022