After a devastating 60% decline in November, the infamous ApeCoin has been a problem in most investors’ portfolios for weeks. However, after on-chain sleuths uncovered the unfavorable spending patterns of Ape’s treasury, the coin appeared to be in the spotlight.

ApeCoin Treasury Is Gradually Selling Its Own Reserves

Over 4.6 million APE tokens, worth roughly $19.7 million, have been removed from the ApeCoin Treasury’s wallet. Different addresses received tokens in varied ways. Around 50,000 APE tokens were moved to address “0xa29d,” while most of the transferred cash was routed to address “0x876c.”

At least five ApeCoin Treasury wallets are used to address “0xa29d,” as suggested by on-chain analysis of the address, as a relay between addresses linked to Coinbase, Binance, FTX, and other addresses. Such a complex plan could have been utilized to cover one’s traces and hide a transfer of money intended for sale.

Four additional ApeCoin Treasury wallets employed a similar technique earlier today to sell their reserves: they sent assets to various addresses on the blockchain before moving them to exchanges. The tokens have been moved to new addresses on average 99.8% of the time.

The ApeCoin initiative appears to be actively liquidating its holdings while attempting to cover its tracks by repeatedly sending money to new addresses before transferring monies to different cryptocurrency exchanges. 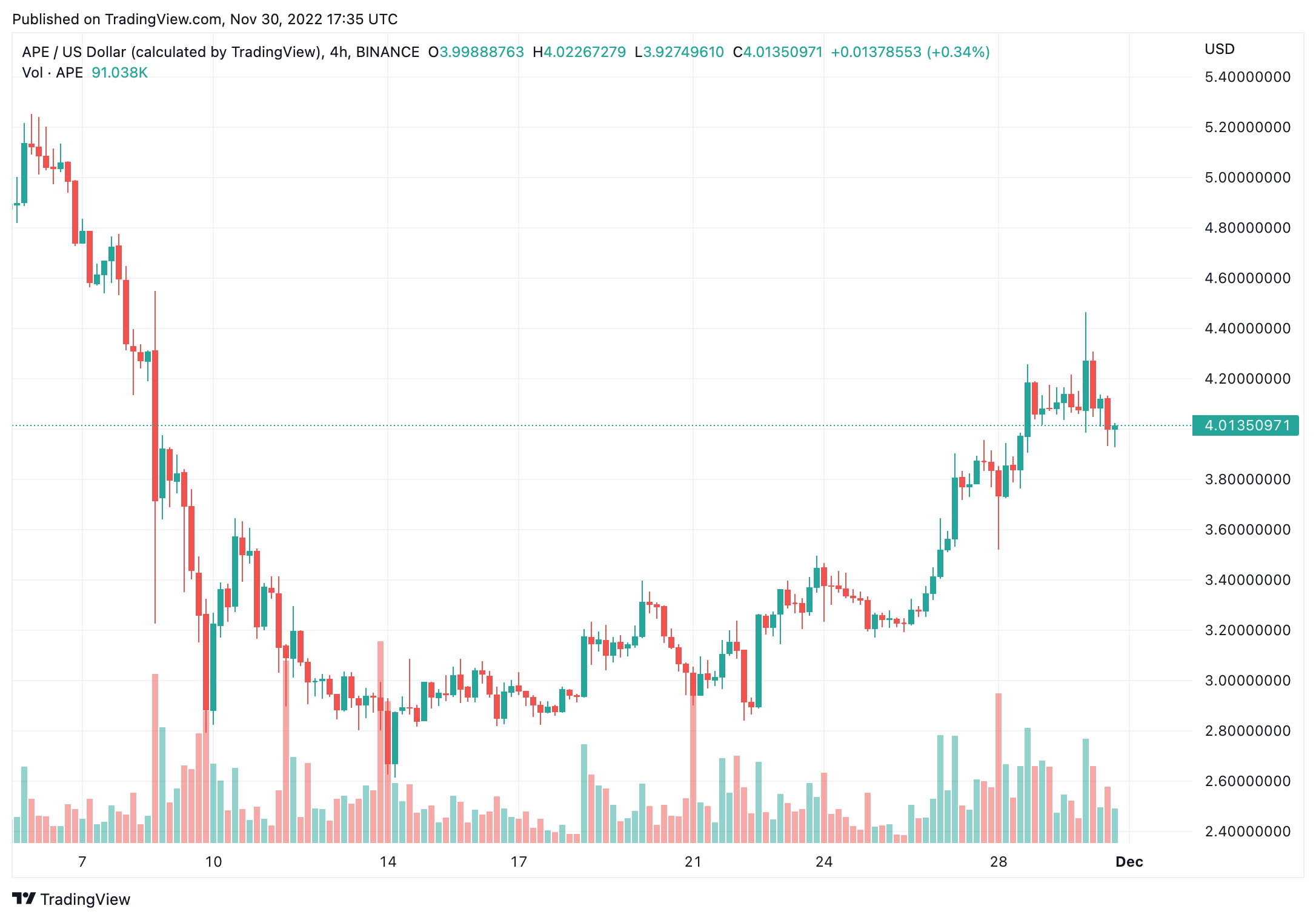 This hypothesis is supported by the market performance of APE, which quickly lost more than 60% of its value. APE has made a 60% comeback from the bottom, but it is still far from reaching its pre-dump values. At the time of publication, APE is just clinging onto the $4 mark and has lost 5% of its value over the previous day.