Over six hours ago, a record amount of Shiba Inu (SHIB) was transferred between anonymous ETH wallets. The transacted amount is 1,000,000,000,000 meme coins. This sum of crypto is worth $10,970,000. However, the recipient now holds 2 trillion SHIB tokens. In the meantime, SHIB has recovered its top position as the biggest holding and the most-traded token.

Etherscan shows that less than seven hours ago, one trillion SHIB were transferred between two anon wallets, which indicates either spreading one whale’s riches to various addresses or purchasing. The wallet where the massive amount of meme crypto went now contains a mind-blowing 2,000,000,000,000 evaluated at nearly $22 million – a record amount of USD paid for SHIB recently. The address from which the juicy lump of SHIB was sent is not empty either, as there are still 219,481,417,282 Shiba Inu.

Recently, major Ethereum whales have sold the large portion of SHIB tokens they had been holding. However, according to the data provided by WhaleStats, Shiba Inu is now back in the position of the biggest USD holding and the most-traded digital token. The WhaleStats shows that the top 100 Ethereum whales now store $132,953,632 worth of the second largest meme cryptocurrency. 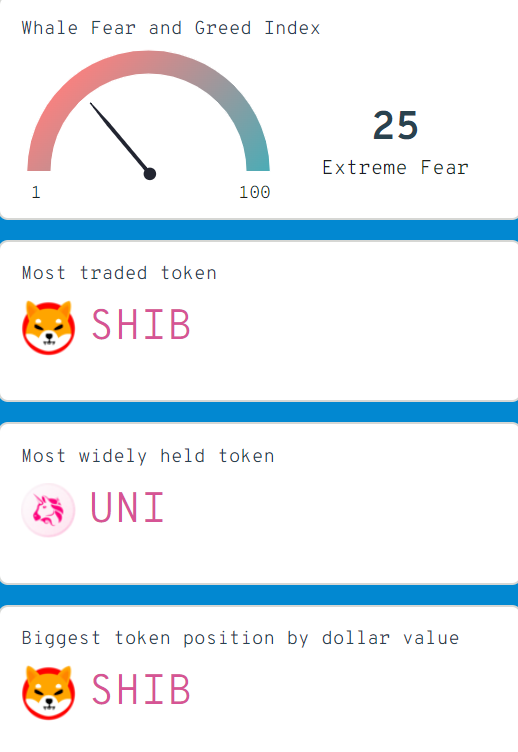 Shibburn tracking service that makes its burns from time to time has announced that over the past 24 hours, the burn rate of SHIB tokens has surged by nearly 103% compared to the previous day. It happened as another large amount of SHIB was sent to dead-end wallets.

Per data published on the Shibburn website, within the last 24 hours, various entities and individuals in the SHIB army have transferred 59,638,305 SHIB coins to dead-end wallets, where they will be permanently locked. This burn has increased the overall burn rate of Shiba Inu by 102.62%. Among the burn transactions, two of the biggest standout. These two made by mysterious wallets together burned 45.7 million Shiba Inu. These wallets are: 0xf2a0ebbc6ae86445e798cffcad2054480f05d4ee and 0x4693e541bd7f63ffbb08651cd18381bb640bf163. 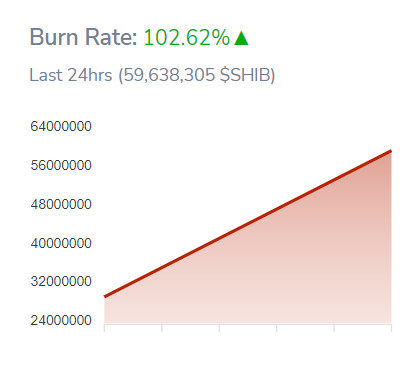 Token burns are conducted to reduce the circulating supply of Shiba Inu to make the coin more scarce and are eventually targeted at sending its price through the roof. However, now that a year has passed since many started to burn SHIB, its impact on the price is close to zero.