Analysts remain confident in Ethereum price despite the recent price weakness, due to a confluence of technical and fundamental signals 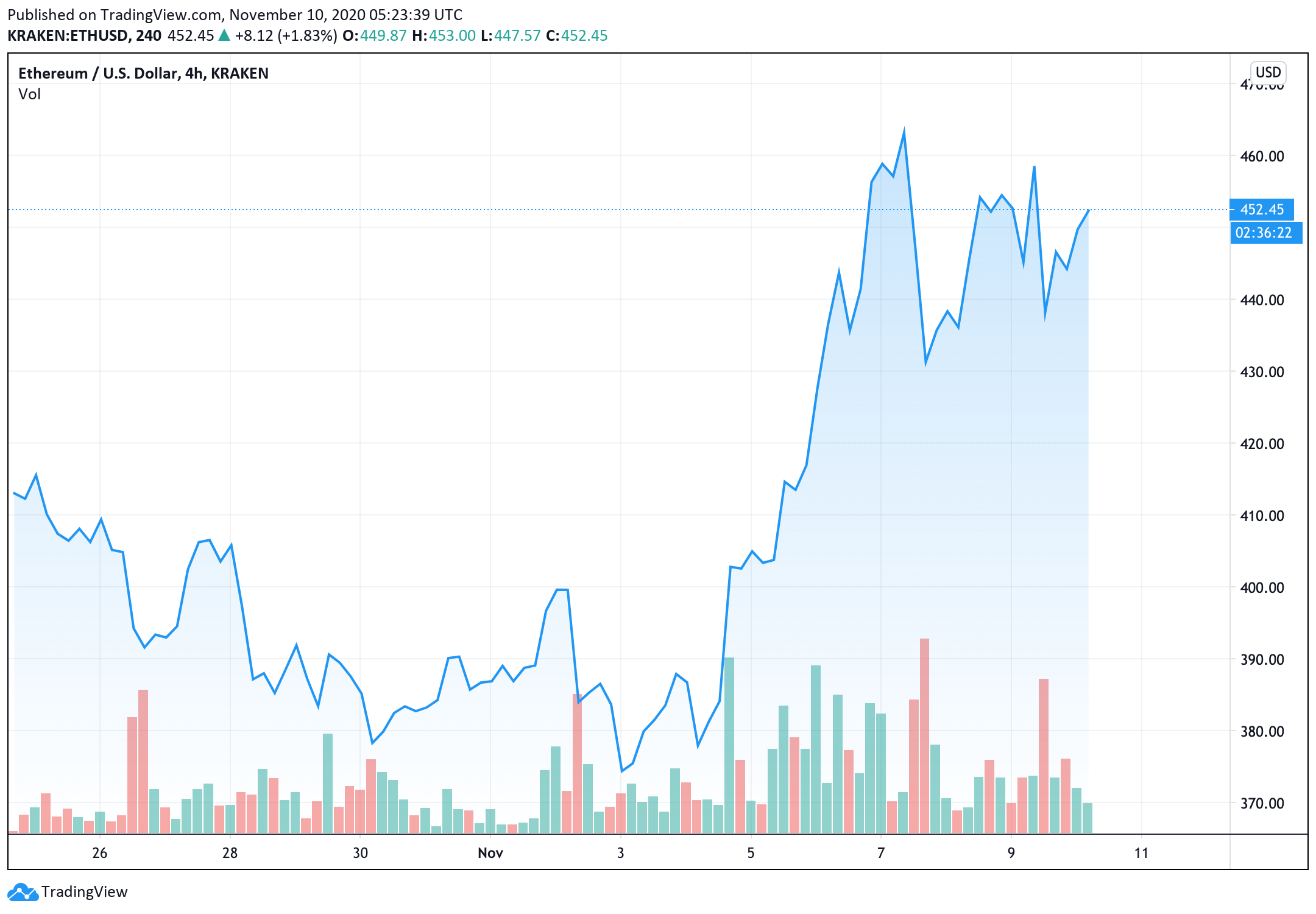 Ethereum has been facing a drop since the high of $ 465 it hit last week when Bitcoin broke down to $ 16,000. ETH is currently trading for $ 450, far from the low of the pullback set last week but far from the highs.

Analysts remain confident in cryptocurrencies despite the recent price weakness. This is due to both technical and fundamental signals for the second-largest cryptocurrency asset by market cap.

ETH is up 0.1% over the past 24 hours as the bulls try and regain some ground after falling.

According to crypto asset analyst Income Sharks, after the drop, the way Ethereum remains bullish in the medium term. The chart shows that the cryptocurrency’s recent price action is indeed a breakthrough at a key resistance level, then retest that level in the form of support. There is far from a perfect retest, though indicating that Ethereum could continue to go up for the foreseeable future.

The resistance level Ethereum has just tested as support is one of the key levels for the bulls.

As can be seen below, this marks the initial highs of the summer rally, then also marks a time when the late August and early September corrections have increased.

This precedent shows that since Ethereum has confirmed that level as support, it will move towards the $ 500 level in the coming weeks. 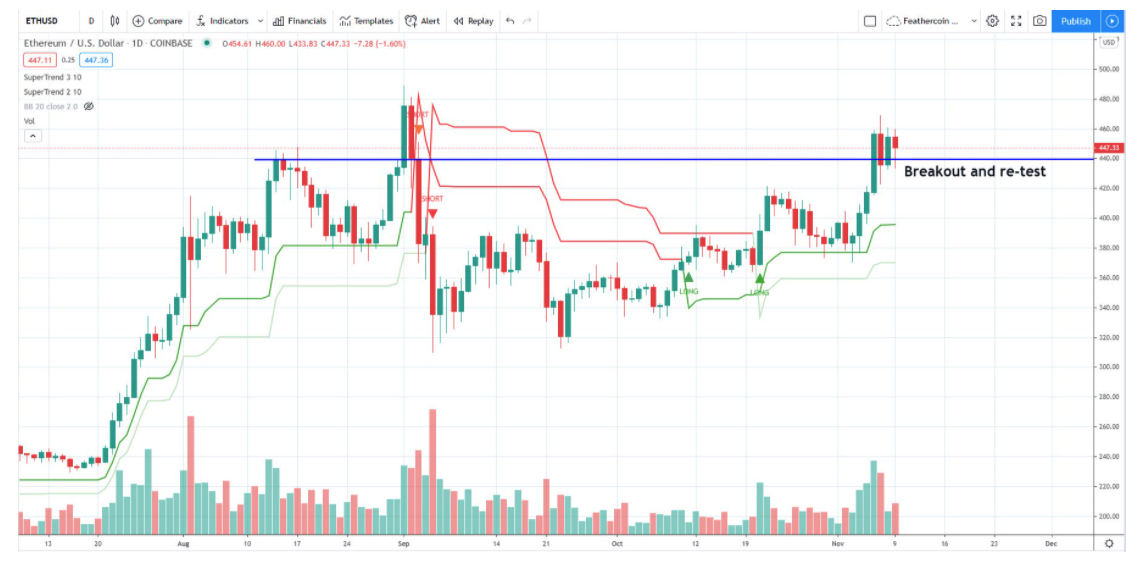 Chart of ETH’s price action over the past few months on a daily scale | Source: TradingView

According to crypto trader Steve, there are five indications that Ethereum could soon go higher than Bitcoin.

Although Ethereum may be in a technical state to recover, its price action is largely determined by Bitcoin at the end of the day.

Fortunately for the Ethereum bulls, analysts are confident that Bitcoin will continue to climb higher in the coming days. They point out a strong weekly candle that closes above $ 14,000, establishing it as support.

Chainlink price has been quite positive, noting it is still trading well-within a large triangle formation

Three Ethereum testnets now have a set date for the…

Ethereum (ETH) Changes Forever in 7 Days, According to…