CEO CZ of the famous cryptocurrency exchange Binance has just denied the rumors of being detained in a room of BNB and BUSD.

A thread on this FUD today. 163, a major news site in China, ran a story that Google translates to:

“Changpeng Zhao, the founder of Binance, was arrested in the mansion during the FBI raid, and a room of BNB and BUSD was found in the basement of the mansion.” 1/6 https://t.co/nRrGWlSt2r

Reportedly, the rumors come from China, where cryptocurrencies are said to be a sensitive topic where all activities including trading and mining are banned and violators can go to jail.

On August 18, on his personal Twitter page, CZ confirmed that he was still “unharmed” and rumors like this had appeared in the past. According to the head of Binance, a popular Chinese news site falsely reported that the FBI raided the office and arrested him.

On his personal website, the CEO of Binance said that readers just need to look at the headline “room full of cryptocurrencies” to see signs of fake news, when cryptocurrency is a digital form and cannot be exported appear physically anywhere.

After this fake news spread, the price of BNB fell nearly 3%, from $310 to $301, according to him, before recovering slightly. But at the moment, the BNB price is still down 8% over the past 24 hours and is trading around $283. 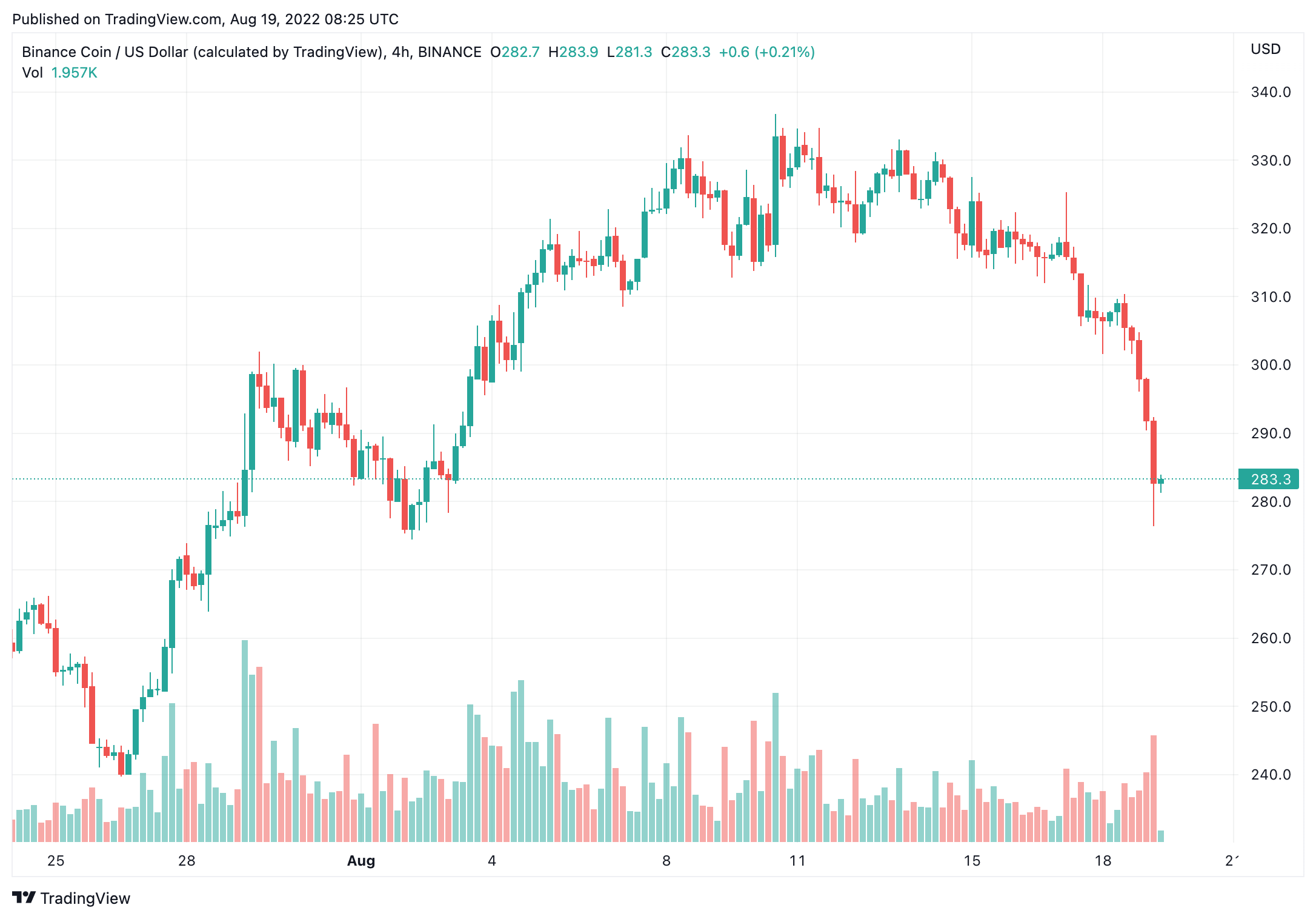 Currently, the original fake news article has been removed, but it is not possible to prevent many other news sites from citing the source. CZ said that crypto news site The Block also published fake news 3 years ago, causing the price of BNB to fall from $ 24 to only $ 18, blowing away about $ 400 million in the company’s market capitalization.

Can BNB‘s market return to midterm bullish trend given…

The recent Binance decision to convert other…

Binance is moving to prioritize BUSD, over several…

Binance will suspend deposits and withdrawals for ETH…