A shady altcoin called ‘999’ has risen more than 200% in the past 24 hours and reached a market capitalization of nearly $ 1.4 billion after being pumped & dumped for no reason within three days. 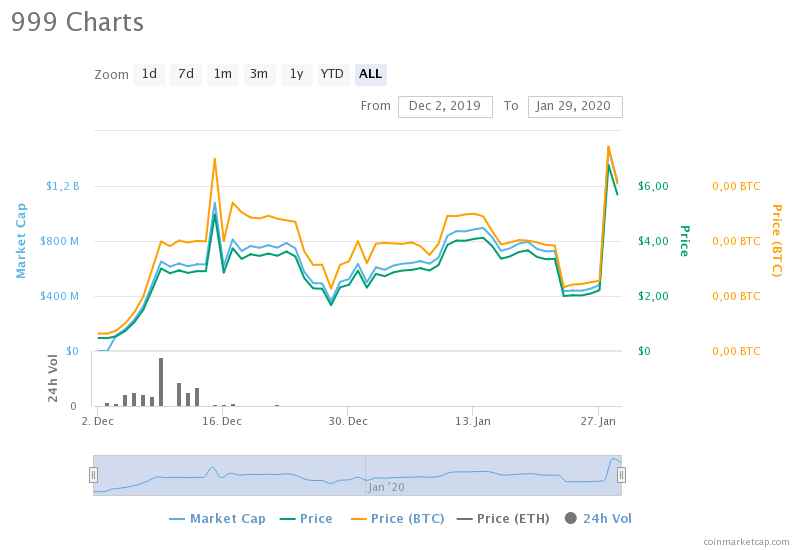 It’s not clear what wash trading traders are expecting to do with this blatant scheme, but there is virtually no trading volume for 999. Even at its peak, altcoins see only about $ 9,300 in daily trading volume. Currently, 999 is down more than 15% against the USD and about -18% against BTC and ETH.

The purpose of 999 remains a mystery. “Coin 999 will support multiple payment systems,” the project website stated. The achievement that it has achieved after many PR tricks is being listed on CoinMarketCap and Etherscan. 999 is definitely a pump & dump scheme, and the story with 999 is nothing new, but CoinMarketCap needs serious efforts to unlist these non-liquidity altcoins from their websites. It is meaningless for an altcoin to have a market cap of $ 1.3 billion while have a trading volume of just $ 4572.

Digital wallet firm will reward 250.000 dollars to whom can hack its product