After Bitcoin halving, will Bitcoin become more scarce and on par with gold?

Gold has long been considered a highly hoarding asset because of its scarcity. The scarcity of gold has been the basis for total market capitalization over $ 7 trillion, with the needs of global financial institutions, individuals, and central banks. And recently, with the development of Bitcoin, people have started to place cryptocurrencies on a scale comparable to gold. Especially when Bitcoin halving is coming.

In 2013, one Bitcoin could buy only 0.01 ounces of gold. At press time, a Bitcoin can buy more than 5.5 ounces of gold. Even compared to gold, the value of Bitcoin’s roots has increased dramatically in the past decade. Bitcoin is scarce like gold. Producing new Bitcoin requires a lot of work by a process called mining. 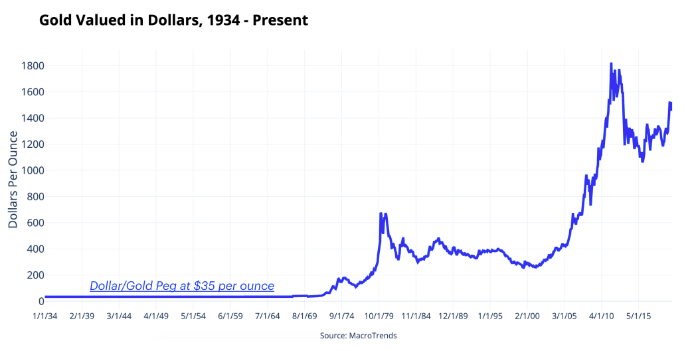 Since its inception, the supply of Bitcoin is limited to a maximum of 21 million coins. Today, about 18 million Bitcoins exist, and new Bitcoin is provided at a rate of about 3.6% per year. Nearly every ten minutes, when miners process a new block, 12.5 new Bitcoin is minted. After Bitcoin halving takes place in May 2020, the issuance of new Bitcoin will drop to 6.25 Bitcoin being minted every ten minutes. 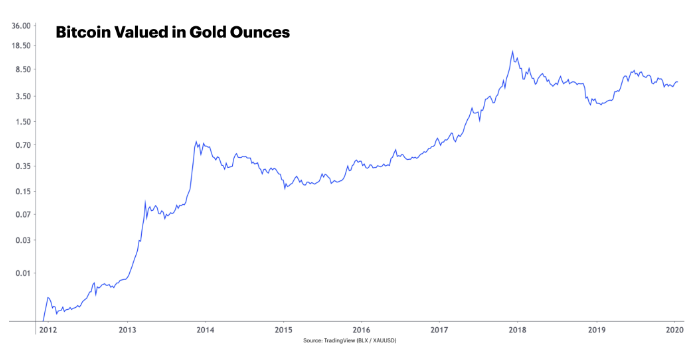 It is thought that with fewer operators, network security will be better. However, the economy of Bitcoin tends to recover and balance itself. After two halvings in the past, the limited rewards for miners and hashrates have recently reached the highest level of all time. In other words, when the supply of Bitcoin has exceeded the 21 million limit, the security of the Bitcoin network also increased. 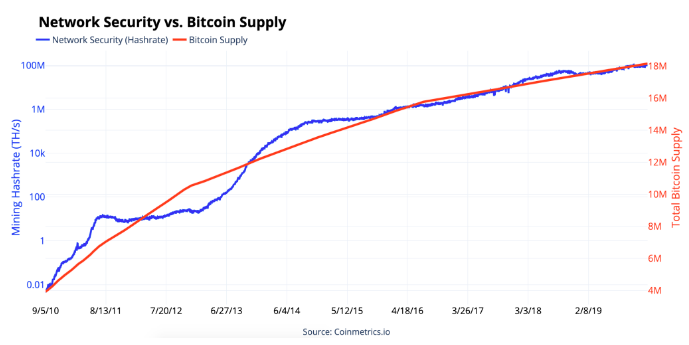 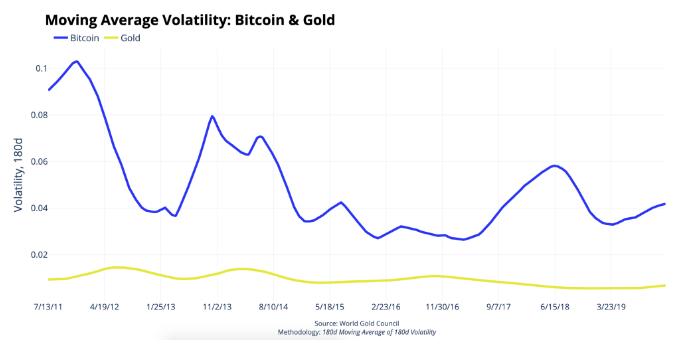 So what gives valuable assets like gold or Bitcoin a potential value in a world without pegged rates? Valuation requires comparing one property to another, with varying degrees of volatility. The same is correct for fiat. The value of the dollar and the euro is continually changing in a world of exchange rates. Across the global markets, supply continually shifts to overwhelming demand for one asset versus another. The modern monetary system is very dynamic, especially when global central banks increase or sign money supply contracts.

Economies can sometimes prosper when the money supply grows by independent central banks. Moreover, history is rife with hyperinflation events such as Germany in 1921-1923, Zimbabwe in 2007-2009, and Venezuela today. Economic inflation has fueled the historical demand for gold, especially during periods of high economic instability. Over the past decade, the value of Bitcoin in gold has increased significantly amid rising global economic uncertainty. Gold and Bitcoin are safe-haven assets, helping people to avoid the devaluation of fiat. Equipped with countless technological advantages, promoting the development and maturation of the global market, Bitcoin is a layer of valuable asset storage that is equally important for gold-based rivals in the digital age.

According to a report by Coinbase, you can read full here.

XRP’s liquidity index in Australia has reached ATH, while the PHP and MXN corridors are about to match