After a faltering first half of 2022, Shiba Inu (SHIB) showed signs of recovery that began in July

After experiencing a significant price correction in 2022, interest in Shiba Inu (SHIB) is gaining momentum recording increased capital inflow that has propelled the token to flip Avalanche (AVAX) to rank as the 12th largest digital asset by market cap. As of August 14, SHIB’s market capitalization stood at $8.49 billion, gaining by $1.53 billion from $6.96 billion in the last 24 hours.

Elsewhere, the capital inflow trend is reflected in the price of SHIB, which has extended a weekly streak of positive momentum. By press time, the token was trading at $0.00001748, gaining by about 22% in the 24 hours. 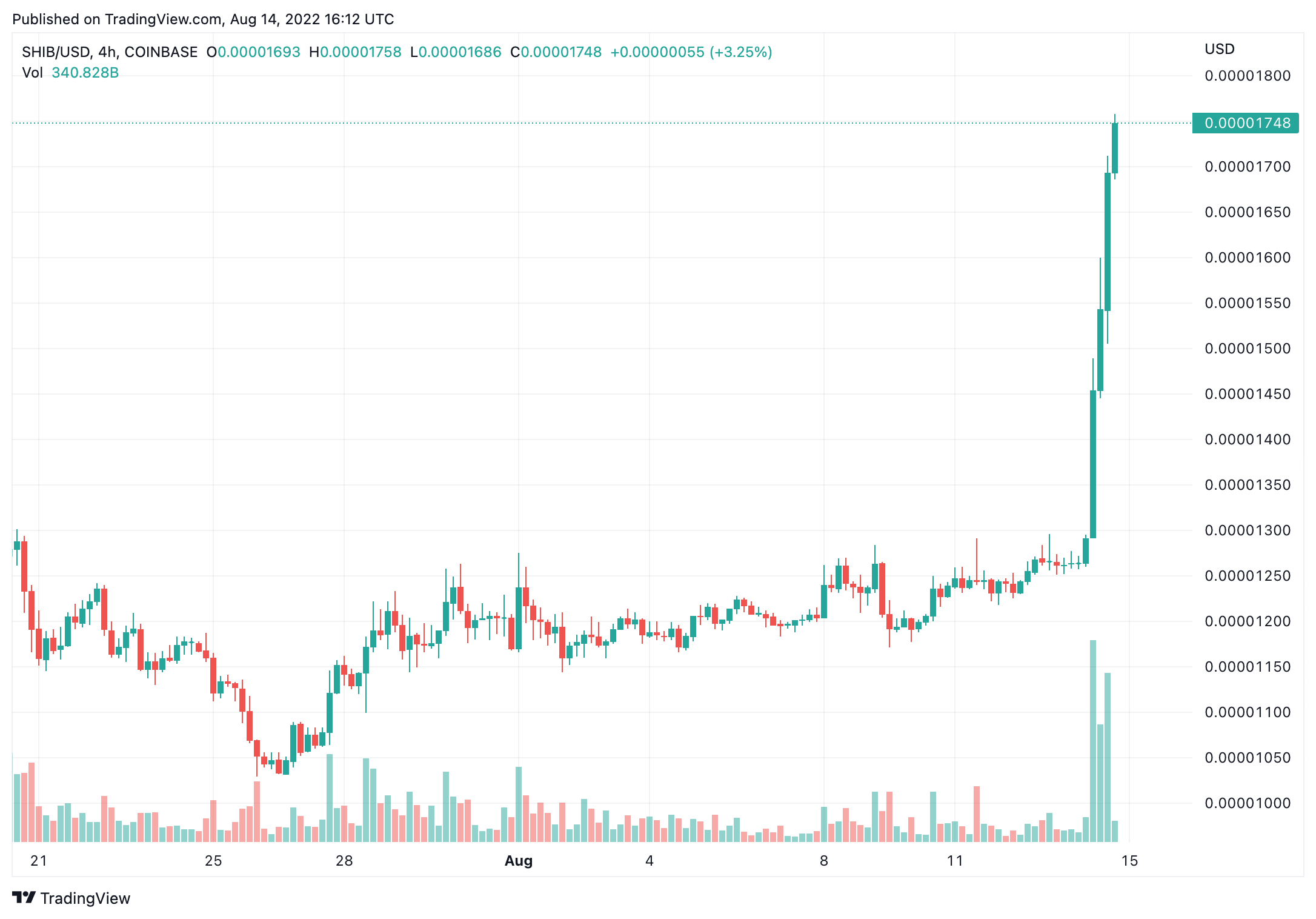 Notably, after a faltering first half of 2022, meme cryptocurrency showed signs of recovery that began in July with the gains correlating with the overall market which has been trading in the green zone in recent weeks.

Historically, altcoins are known to follow trends established by large-cap assets like Bitcoin. In this line, during the early trading hours of August 14, Bitcoin surpassed the $25,000 level for the first time since mid-June, influencing the market.

Although SHIB gains partly rely on the general market, it is worth noting network development has set up the coin for gains. The token has attempted to regain its highs of 2021 with network activity touted to make the coin more appealing. The focus of the developer community has been rolling out more token burns to drive its acceptance. Additionally, the release of ShibaSwap in 2021 was viewed as a key driver in SHIB value for the coming months.

According to the Shibburn website, the burn rate of Shiba Inu is up significantly over the past 24 hours. More than 711 million SHIB were sent to dead wallets in the past week, adding up to the hundreds of millions of SHIB burned since the start of August. 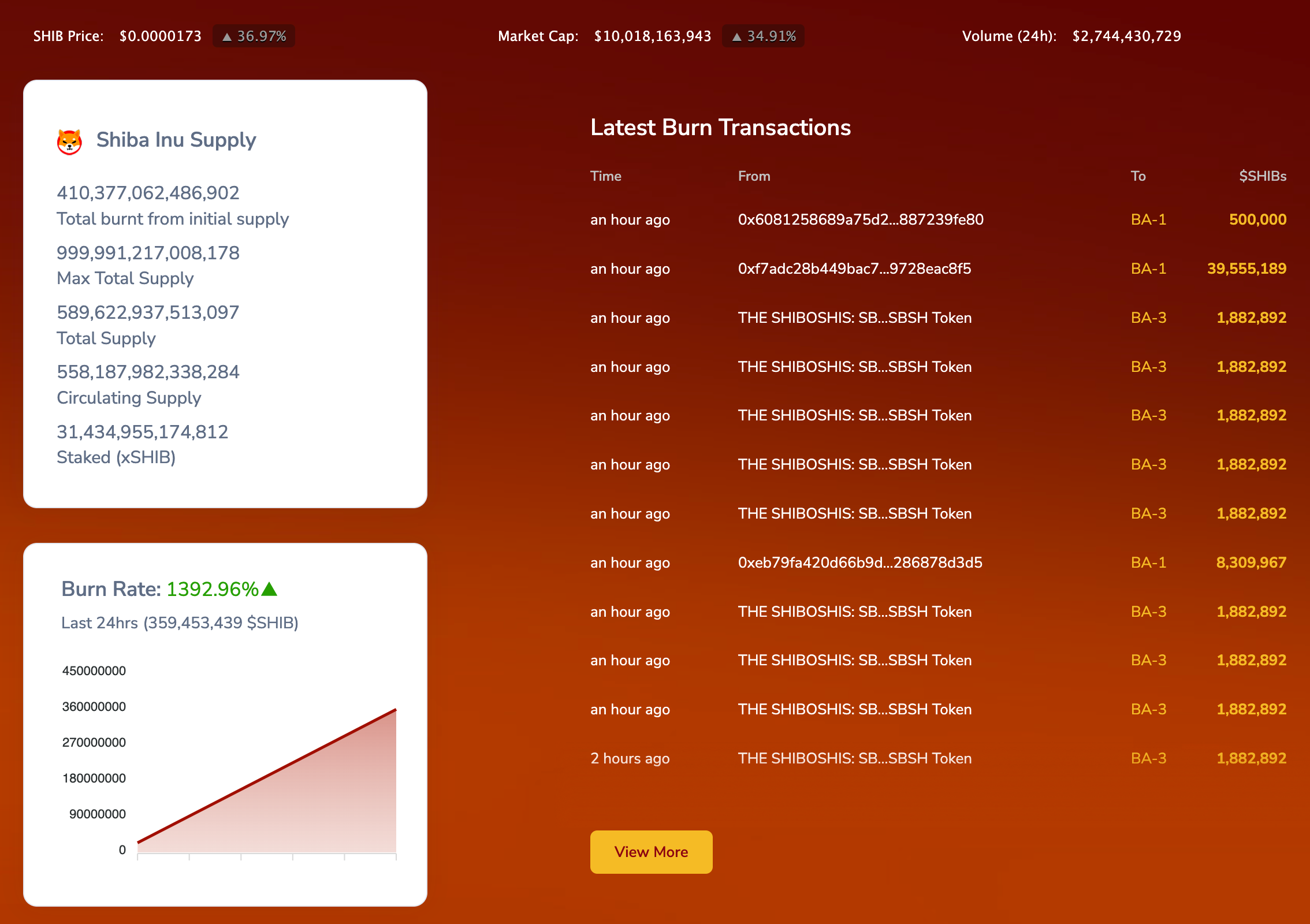 In recent hours, several transactions carrying SHIB to be burned were reported by the Shibburn Twitter handle. Also, the burning of 6,000,000 SHIB tokens in two transactions was reported recently.

In the past 24 hours, there have been a total of 282,160,866 $SHIB tokens burned and 9 transactions. Visit https://t.co/t0eRMnyZel to view the overall total of #SHIB tokens burned, circulating supply, and more. #shibarmy