ADA’s performance in the past few weeks has been impressive, with network activity reaching new heights as bullish sentiments remain sustained. Most recently, an accumulation trend witnessed amongst ADA addresses puts the asset on a podium for a significant takeoff should it survive the days ahead. 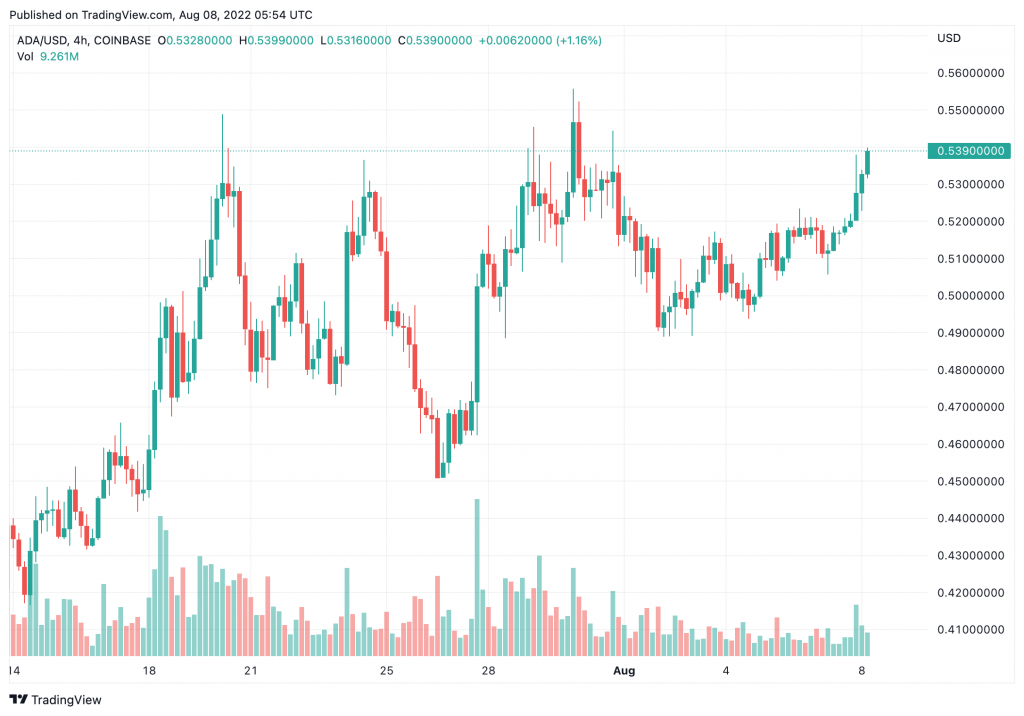 Whale and shark ADA addresses have amassed $138M in days

The accumulation level remains relatively low compared to past events. Still, having added 0.46% of ADA’s current existing supply since July 27th, the amassment appears to be gaining ground, and, if sustained further into August, it could pave the way for a massive ADA breakout.

This accumulation trend is the first the Cardano community is witnessing following the massive dump experienced in mid-June as ADA shed a significant portion of its value from June 10 to June 18 alongside the rest of the markets. The Crypto Winter’s touch was most felt during this period, and like most assets, ADA is gradually recovering the losses incurred.

As ADA faces a period of consolidation around the $0.50 zone following the relief rally of July, a new push from positive sentiments could just be the catalyst for the asset’s breakout from this level. Whale accumulation could factor in and accelerate this movement.

Since ADA has remained fettered to the $0.50 level for a while now, this level indicates that the asset is gradually improving, as psychological support appears to be stationed at the half-a-dollar zone. ADA seems to have soared past the $0.45 support and is awaiting a push to conquer the $0.50 level.

Having gained about 1.55% of its value in the past 24 hours, ADA comfortably trades at $0.52 at press time. ADA’s current market cap has seen better days, but at the present value of $17.5B, the valuation looks better than the $13.8B cap seen in mid-June when ADA was struggling to break the $0.40 level.

David Schwartz did not fail to poke at the rival project

ADA price movement has been aided by a modest increase…