According to Acala Network, it seems that the network has had a problem and is affecting aUSD. After UST, aUSD is the next coin to enter the list of depeg stablecoins. However, the main reason stems from a hole in the liquidity pool with iBTC.

We have noticed a configuration issue of the Honzon protocol which affects aUSD. We are passing an urgent vote to pause operations on Acala, while we investigate and mitigate the issue. We will report back as we return to normal network operation.

A suspicious transaction was detected on Acala’s network. This is believed to be a hacker’s exploit for a vulnerability in the iBTC/aUSD pool. It is possible that the hacker took advantage of the vulnerability to drain aUSD from the pool (with an estimated 1 billion aUSD at the time of implementation). Very soon, the Acala team confirmed the vulnerability and quickly suspended the protocol to investigate.

Looks like @AcalaNetwork was just hacked due to a bug in the iBTC/AUSD pool. Here is the attacker wallet https://t.co/eFRVeK3TiZ which now holds over a billion $AUSD. 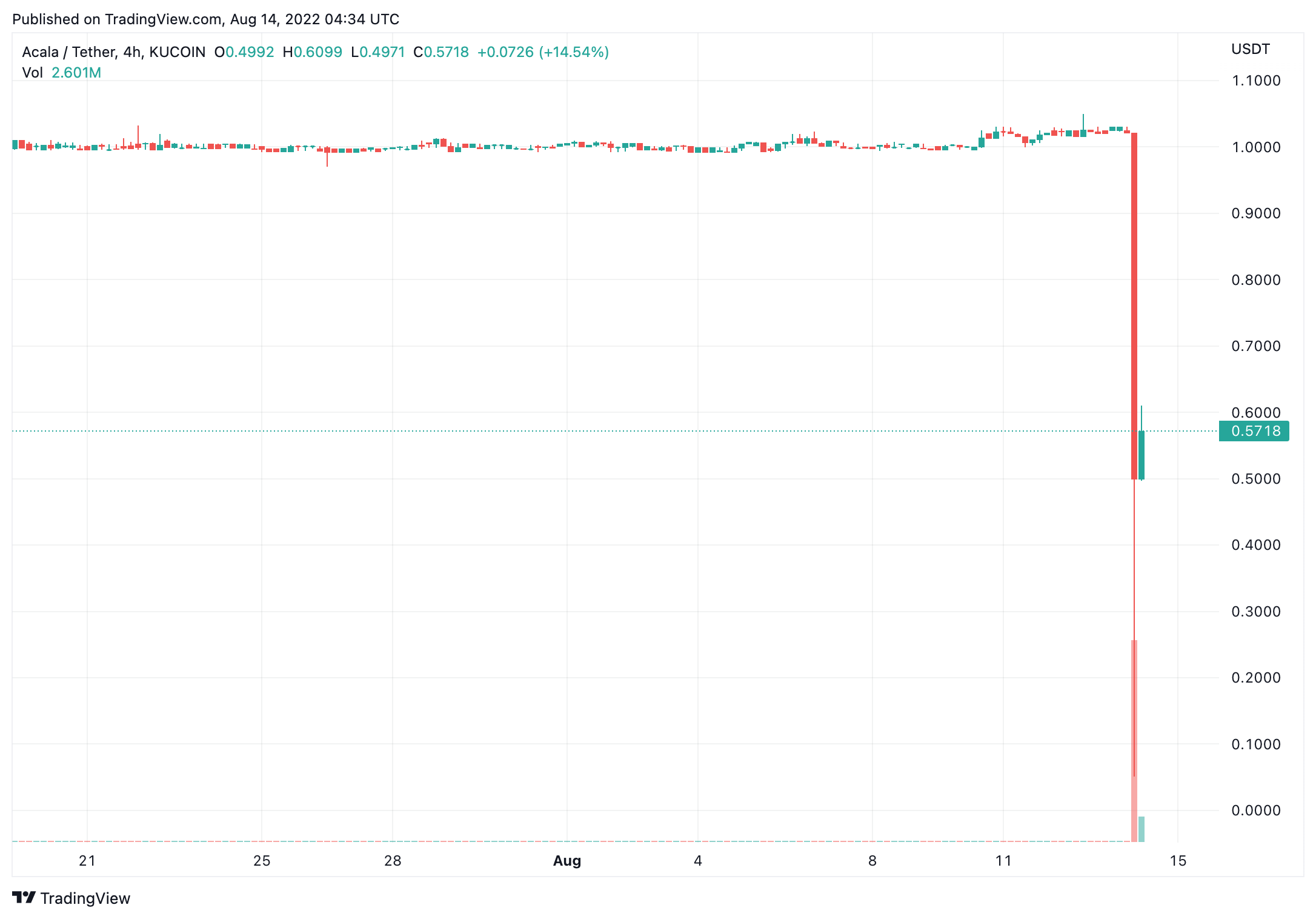 At the time of writing, aUSD has plummeted from the $1 anchorage zone. It is trading around at $0.5718.

Crypto scammers have taken over the account of Utah…