The DeFi Harvest Finance protocol has just been hacked not long ago. More than $ 25 million in value has been withdrawn from the platform and converted to renBTC (rBTC). Right now, the price of Harvest Finance – token FARM – has dropped more than 60% on the day, trading around $ 92.80.

some info on the developing @harvest_finance exploit 🧐

hacker cashed out almost all of it via renBTC and tornado in the last ~1 hour 👉 https://t.co/fNmUnUaYP6

Harvest Finance is hacked, the token price of the platform – FARM – freefall

Recently, according to information received, more than $ 25 million worth of money was withdrawn from the platform and changed to renBTC (rBTC) by an anonymous hacker. Other funds were mixed via Tornado Cash, an Ethereum decryption software. After the attack, investors apparently pulled about $ 350 million from the site.

“We are actively working on minimizing the economic attack on the Stablecoin and BTC team, and will update in this chain in real-time as soon as additional details become available.”

The team also added that the “economic attack” is possible by manipulating the price of stablecoins on Curve Finance, another DeFi protocol with which Harvest Finance contracts interact.

The project’s administrators claim to have withdrawn 100% of the strategic funds in stablecoin and BTC to the vault and are moving to block deposits into the stablecoin and BTC vault. Harvest Finance continues to keep quiet about news from the press.

The attack came after DeFi analyst Chris Blec claimed that Harvest Finance administrators had held a locked private key in the protocol’s contracts. At this stage, the mining of the administrative key or the anonymous group behind the protocol is closely related to the role of sudden asset mining. And at this point, Blec still did not respond. 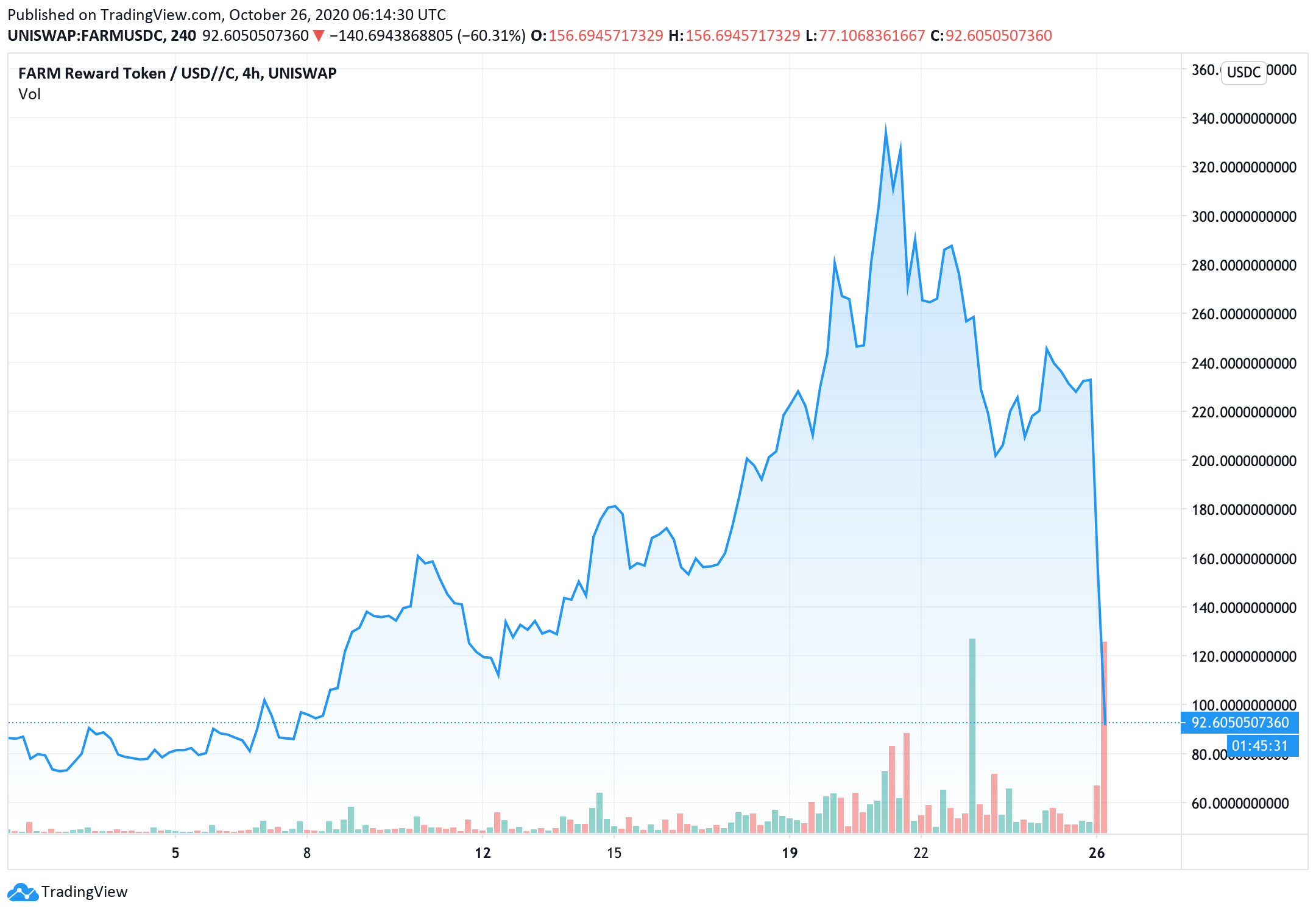 Harvest Finance has a total value of more than $ 1 billion locked up (TVL) right before the announcement of the possibility of mining. However, this number began to plummet when news broke; TVL dropped to $ 673 million, according to DeFi Pulse.

Zcash will be undergoing its first halving event on…

Almost 40% of liquidity on Uniswap left the platform…

SUSHI price has room to grow to the upside despite it…