Recently, it seems that Bitcoin is gradually receiving positive support from Africa. Even Amazon Prim has released a documentary called Banking on Africa: The Bitcoin Revolution to explore how Bitcoin pioneers in South Africa are overcoming broad challenges on the poor infrastructure of continents, mismanaged economies, high remittance fees, and widespread poverty with cryptocurrencies.

The documentary Banking on Africa: The Bitcoin Revolution was made by South African filmmaker Tamarin Gerriety with funding from cryptocurrency exchange Luno. It features industry heavyweights like SatoshiCentre founder Alakanani Itireleng in Botswana and South African Monero developer Riccardo Spagni. The film shows just how different their lives are, from a Botswanian goat farm to the Spagni’s rooftop terrace and drone.

Moreover, a comprehensive report on the African Bitcoin ecosystem by the research agency Arcane Research will also be released in conjunction with this documentary.

So far, it seems that Nigeria, South Africa, Kenya, and Ghana are home to the fastest-growing Bitcoin user community on the continent. According to a report from DataReportal, about 11% of Nigerians and 13% of South Africans under 64 years have cryptocurrency with internet access, compared to the global average of 7%.

“Cryptos has a higher chance of growth in Nigeria compared to the West … especially for cross-border remittances. We just launched our public beta during this pandemic, and we’ve grown beyond 20,000 users, with no initial coin offering. People are looking at ways to diversify their enlight.”

According to many shared from Nigerians, in the past five years, the country’s fiat currency has depreciated at least twice. Therefore, Bitcoin is the best solution they can find. Even as AZCoin News reported, the majority of Luno exchange new customers come from emerging markets like Nigeria. Most of them use multiple trading accounts, including Luno, Coinbase, and BuyCoins, to convert a portion of their paychecks into Bitcoin for savings. 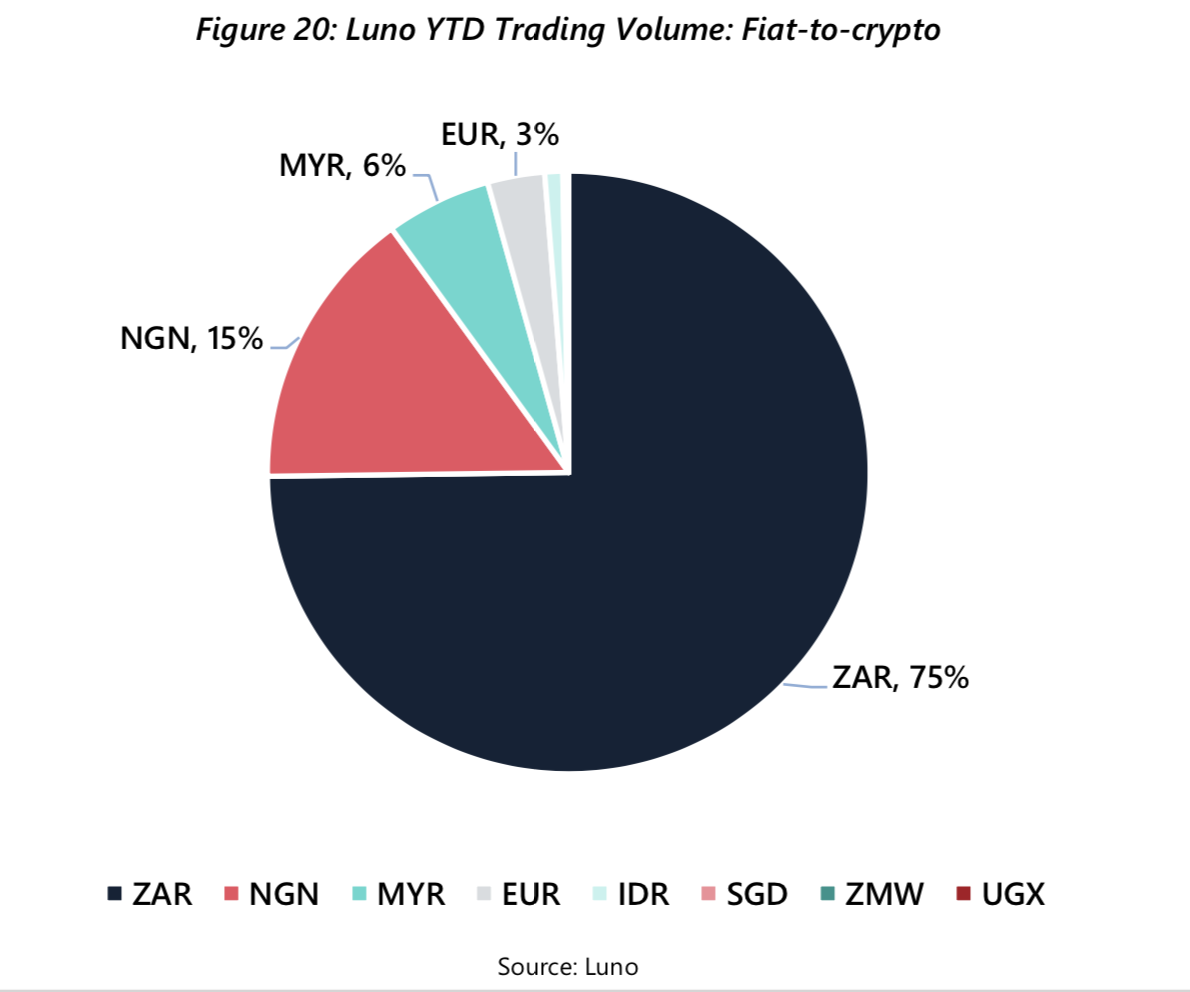 While Africa is considered the most promising area for cryptocurrency adoption, the infrastructure here is quite shabby. In particular, up to 66% of people do not have access to traditional bank accounts. An astonishing 57% of the region’s population still lacks access to electricity — it is not an easy hurdle for Bitcoin to surmount.

The percentage of Internet users who own cryptocurrencies, by country | Source: Global Digital Review

But much of Africa still requires significant investment in crypto-specific infrastructure (such as exchanges) as well as its Internet and electricity networks, per the report. Focus is often placed on investment, speculation, and trading, but Africa, more than any other continent, needs the utility of cryptocurrencies.