When the cryptocurrency market started to rise in price, the stablecoins also suffered significantly. And yesterday, when Bitcoin and ETH fell more than 10% during the day, the stablecoin DAI price has increased temporarily, leading to a massive liquidation at Compound. 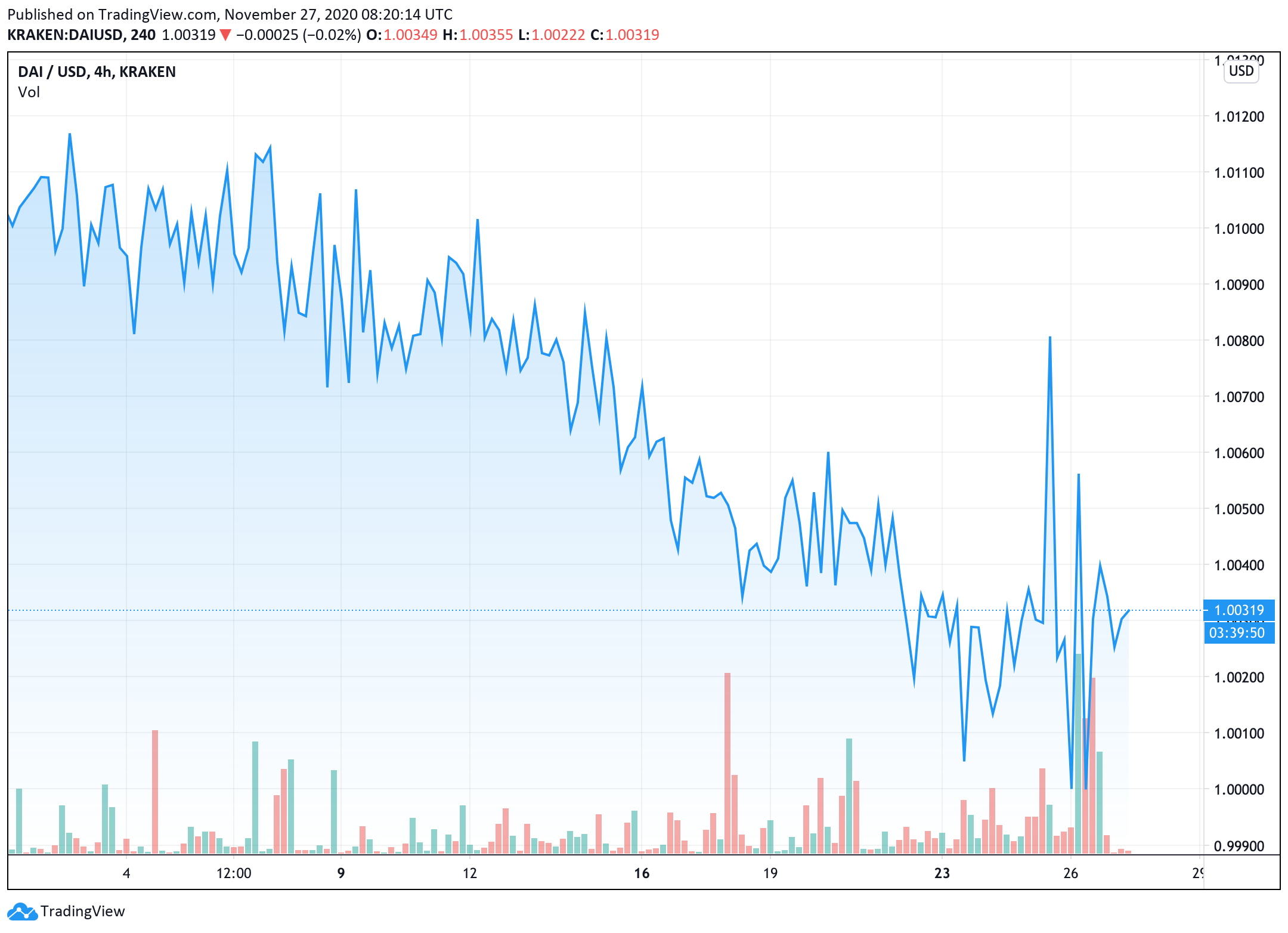 Market volatility has a particularly pronounced impact on the DAI stablecoin

Most notably, DAI is only trading at this inflated valuation on Coinbase and Uniswap, while other exchanges, including Kraken and Bitfinex, appear to have maintained relatively stable prices. Coinbase and Uniswap are two exchanges used by Compound’s Open Price Feed operator. The former serves as the baseline, while the latter is used as an anchor and sanity testing. However, it looks like Uniswap doesn’t do its job and posted a much higher price than usual.

Compound’s liquidation figures this morning amounted to $ 89 million, of which about $ 52 million came from DAI, according to data from DuneAnalytics. A particularly remarkable liquidation of considerable size was returned DAI 46 million.

The liquidator seized nearly 2.4 billion cDAI, worth about $ 50 million for $ 0.0209, while only returning $ 46 million in DAI. This is expected behavior given the Compound’s current liquidation offer of 8%.

According to tracking company LoanScan, this stablecoin DAI protocol has seen liquidations worth $ 103 million. Market conditions also resulted in liquidation at the DeFi protocol dYdX, worth about $ 8 million. Together, both protocols liquidated more than $ 110 million worth of collateral.

Compound allows users to borrow money, including DAI. In all cases, the loan amount should always be lower than the mortgage amount offered. In other words, all loans should be excessively collateralized.

In today’s case, the liquidation occurred because DAI’s price momentarily rose 30% on Coinbase, resulting in unsecured loans on the protocol. In other words, the increase in the DAI price also increases the value of the DAI borrowed on Compound, relative to the collateral offered.

For example, to see things from a perspective, an original Compound user borrowed 1,000 DAI for $ 1 DAI, which is a total of $ 1,000. But the DAI price went up to $ 1.3 during the loan period, so the amount borrowed from the user increased to $ 1,300. But if the user has collateral less than $ 1,300, Compound will treat the loan as a sub-mortgage and allow any other user to liquidate it.

Compound’s liquidation ultimately affected COMP price. It is noteworthy that such massive liquidations occurred at Compound for the first time.

If the SEC sees XRP as a security, the Ripple CEO insists it will still grow and the XRP price still has upside potential

Coin Metrics: Altcoin season could be upon us but not…

A recent survey revealed that more than 30% of Latinos…