New Free DAO lost over $1.25 million in a flash loan attack. NFD token price has dropped by over 99%. 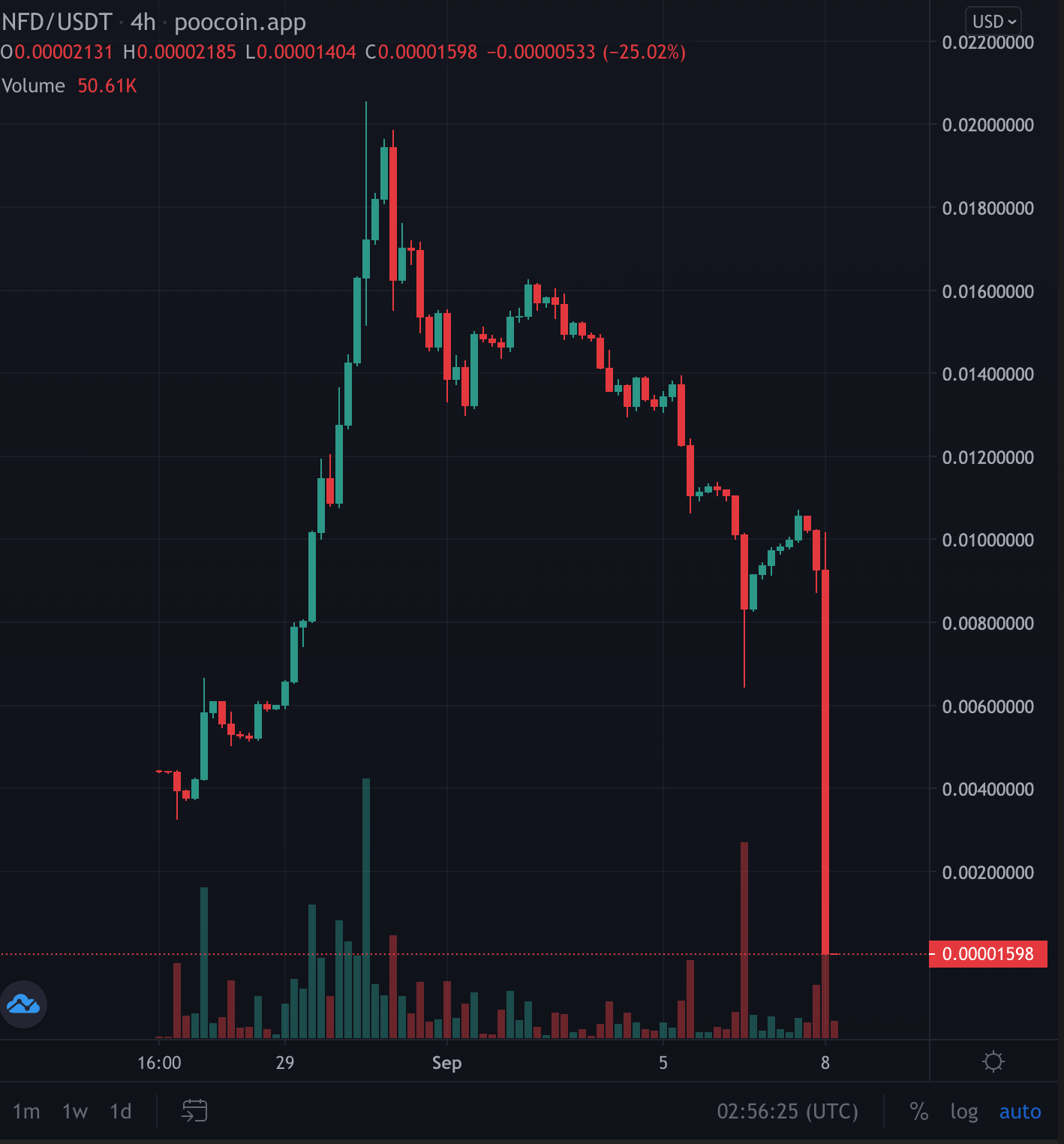 Blockchain security company PeckShield has alerted the crypto community that the New Free DAO project has probably suffered a $1.25 million loss. The company says that the project has likely suffered a flash loan attack, causing the NFD token value to drop by over 99%.

Also that, blockchain security firm Certik raised that the attacker manipulated NFD’s “addMember()” function to add himself as a member. And it gave him access to use the unverified contract to execute three flash loans.

The attacker has connections to Neorder – $N3DR attack from 4 months ago where they took 930 BNB at the time. pic.twitter.com/5Rcht3YiIK

The attacker has made away with $1.25 million worth of BNB and has swapped it for BSC-USD. The token was created on the Binance Smart Chain (BSC) and was a DeFi token that seemingly focused on the NFT niche, and offered a multitude of features. About $500,000 is said to have been swapped to BUSD and being laundered through sanctioned mixing protocol Tornado Cash.

However, the project does not seem like one that has a particularly strong reputation within the crypto market. There is little information on it, but it appears to have been popular enough to have lost over $1 million dollars.