CryptoQuant CEO Ki Young Ju said that the market would no longer face any Bitcoin sell-offs in the near term, and related bearish events will not happen. According to Young Ju, the average cash flow in and out of exchanges is low even though Bitcoin’s price is still rising.

$BTC dumping is not going to happen.

All Exchanges Inflow Mean usually indicates how many whales are active on exchanges. Above 2 BTC is the danger zone, and we’re still in the safe zone.

Join our Telegram channel to get sophisticated whale signals.https://t.co/gnUU2QURa5 pic.twitter.com/gSQgMRAzeH

Cash flow remains in a safe zone, and the Bitcoin price will not experience any sell-off event

Ki emphasized that based on the CryptoQuant average exchange rate cash flow index is still in the low-risk zone, indicating a low possibility of selling off. The average exchanged cash flow measures the amount of Bitcoin that is entering exchanges, with the implication that it can be used to sell or trade operations.

In other words, this index gives direction on how whales work – large-volume miners are planning to divest from Bitcoin. 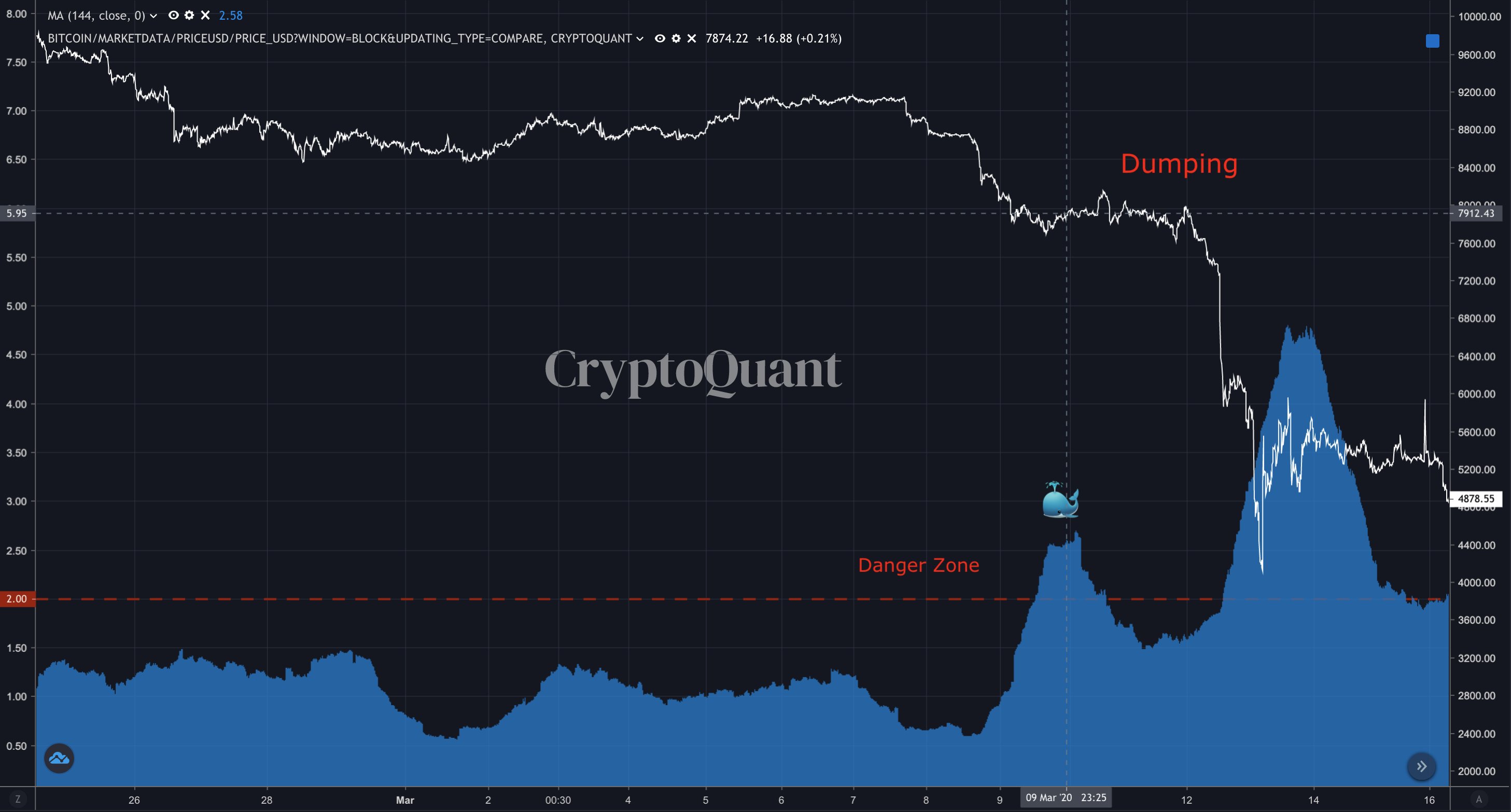 “Dumping $ BTC is not going to happen. The average exchange money flow index usually shows how many whales are active on exchanges. Above 2 BTC is a danger zone, and we are still in the bulls.” Therefore, the BTC/USD trading pair climbs close to $ 11,500 this week does not increase investors’ temptation to sell. 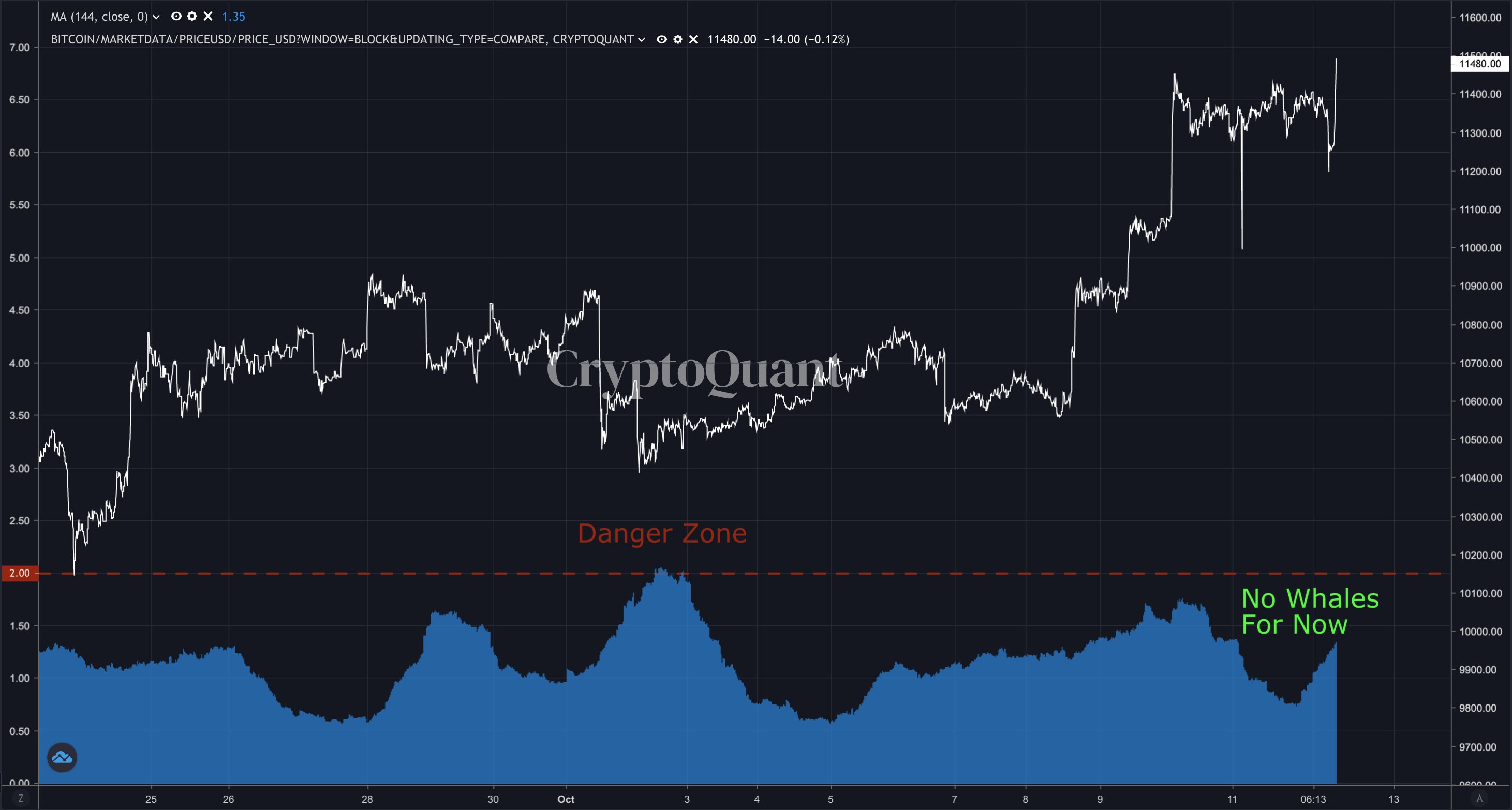 The lack of activity is in stark contrast to earlier this year. On March 9, a week before COVID-19 caused a price collapse in many markets, the inflow of exchange capital crossed the 2 BTC “danger zone.” A few days later, around March 14, the cash inflow reached a high of close to 5 BTC. And then, the Bitcoin price fell to $ 3,600.

What is BitMEX selling pressure?

CryptoQuant has also previously noted that, indeed, cash flow from miners contributes to Bitcoin price action. Last month, there was a spike in an outflow from mining pools, presumably for sale, with a 3% drop in the BTC/USD pair.

In October, the market situation was also more concerned when the US tax authorities investigated BitMEX. CryptoQuant data shows that the cash flow from BitMEX totaled 50,000 BTC on October 2.

Even so, BitMEX metrics do not take up as much market share for Bitcoin futures as before. As many other analysts have noted, Bitcoin overcame the storm caused by platform problems, surpassing resistance at $ 11,000. This resilience has fueled the case of a Bitcoin bull run, as more and more market participants trust a new gain before a new decline.

Blockchain technology will make up 1.4% of the global GDP in 2030, PwC report