After surging to its yearly high of $9,830, the bulls and the bears are once again stuck playing tug-of-war. However, this period of range-bound trading will sooner or later come to an end with BTC potentially shooting all the way up to $11,000.

Crypto trader Anondran noticed that Bitcoin recently touched the upper Bollinger Band while simultaneously moving to the top line of the Ichimoku cloud.

BTC hitting the Upper band and Cloud resistance confluence. A ton of shorts stops resting above all the way till 11k+. If I were Arthur I’d wipe them out without mercy. Bear case: This is a head fake and we drop down to $8500.

However, even with Bitcoin inching closer to hit the shiny $10,000 mark, bulls are not out of the woods. Anondran also offered a bearish case where the recent price surge could simply be a head fake. He doesn’t rule out that the price of BTC could suddenly reverse back to $8,500.

A Reddit user has published a post, in which he says that, in late 2019 institutional investors bought around 26,000 Bitcoins through Grayscale Bitcoin Trust (GBTC) alone and locked the BTC for one year. 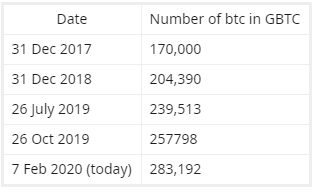 This means two things – the 26,000 BTC will not be dumped onto the market anytime soon ($253,843,980). The second is that there may have been many more Bitcoins bought by institutions through other investment funds which could also be locked away from premature selling.

Whales become more active as BTC about to surpass $10,000

On February 6, Whale Alert reported that a staggering $2.4 billion in Bitcoin was moved between several anonymous wallets. Part of that amount was sent to the Bittrex exchange. 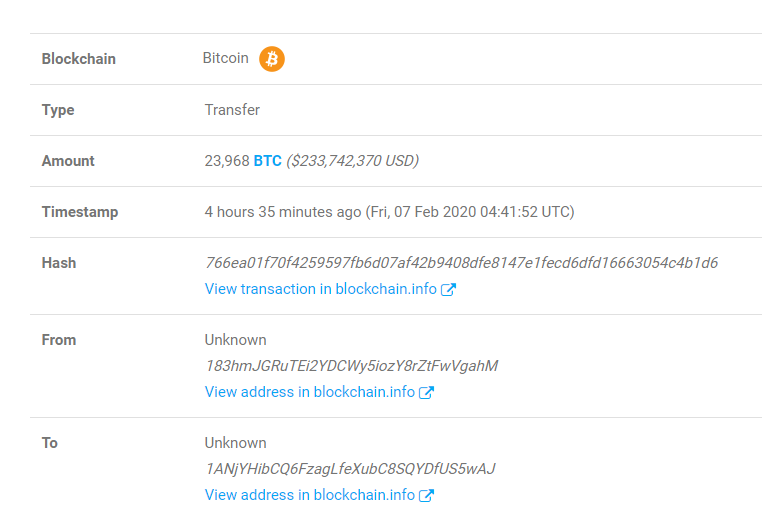 Today, the same Twitter bot reports that another 23,968 BTC has been moved between wallets with unregistered owners. That totals $233,742,362.

According to Willy Woo, Adaptive Capital strategically plays crypto boom and bust cycles and doesn’t simply make investments with the intention of holding on forever.

However, when it comes to anyone looking to buy crypto for the long haul, Woo says he believes there’s little chance Ethereum, XRP or any altcoin will outperform Bitcoin.

Crypto asset investment is a misnomer. It’s unlikely any crypto asset will outperform Bitcoin over a long arc of time so in order to get alpha it’s really an active trading strategy. Adaptive does not invest, we trade with the latest learnings in on-chain / fundamental signals.

“Crypto asset investment is a misnomer. It’s unlikely any crypto asset will outperform Bitcoin over a long arc of time so in order to get alpha it’s really an active trading strategy. Adaptive does not invest, we trade with the latest learnings in on-chain / fundamental signals.”

Back in December, Woo released a set of on-chain analysis that he says indicates BTC is entering another bull phase.

“On-chain momentum is crossing into bullish. Prep for halvening front running here on in. Can’t say what this indicator is, as it’s proprietary to @AdaptiveFund , but it tracks investor momentum. The bottom is mostly likely in, anything lower will be just a wick in the macro view.”