The Shiba Inu burn rate has increased dramatically by 1,395%, according to the SHIB burn website, as millions of SHIB have been delivered to invalid addresses in the previous day. Over 37,400,646 SHIB tokens have been burned, and 12 transactions have been completed in the last 24 hours.

The quantity of SHIB tokens being burned in 2023 is off to a promising start. Shibburn reported 53 transactions and a total of 516,462,035 SHIB tokens burned during the previous seven days on January 8.

SHIB continues to be one of the most utilized smart contracts among the top 2,000 ETH whales during the past 24 hours, according to WhaleStats. Shiba Inu’s trading volume, which measures the total amount of units bought and sold, is up 118% as investors take advantage of the recent market turbulence to profit. Since hitting a low of $0.0000079 on December 28, SHIB has seen a considerable gain. The cryptocurrency with a canine motif has won nine out of ten days since Dec. 30. 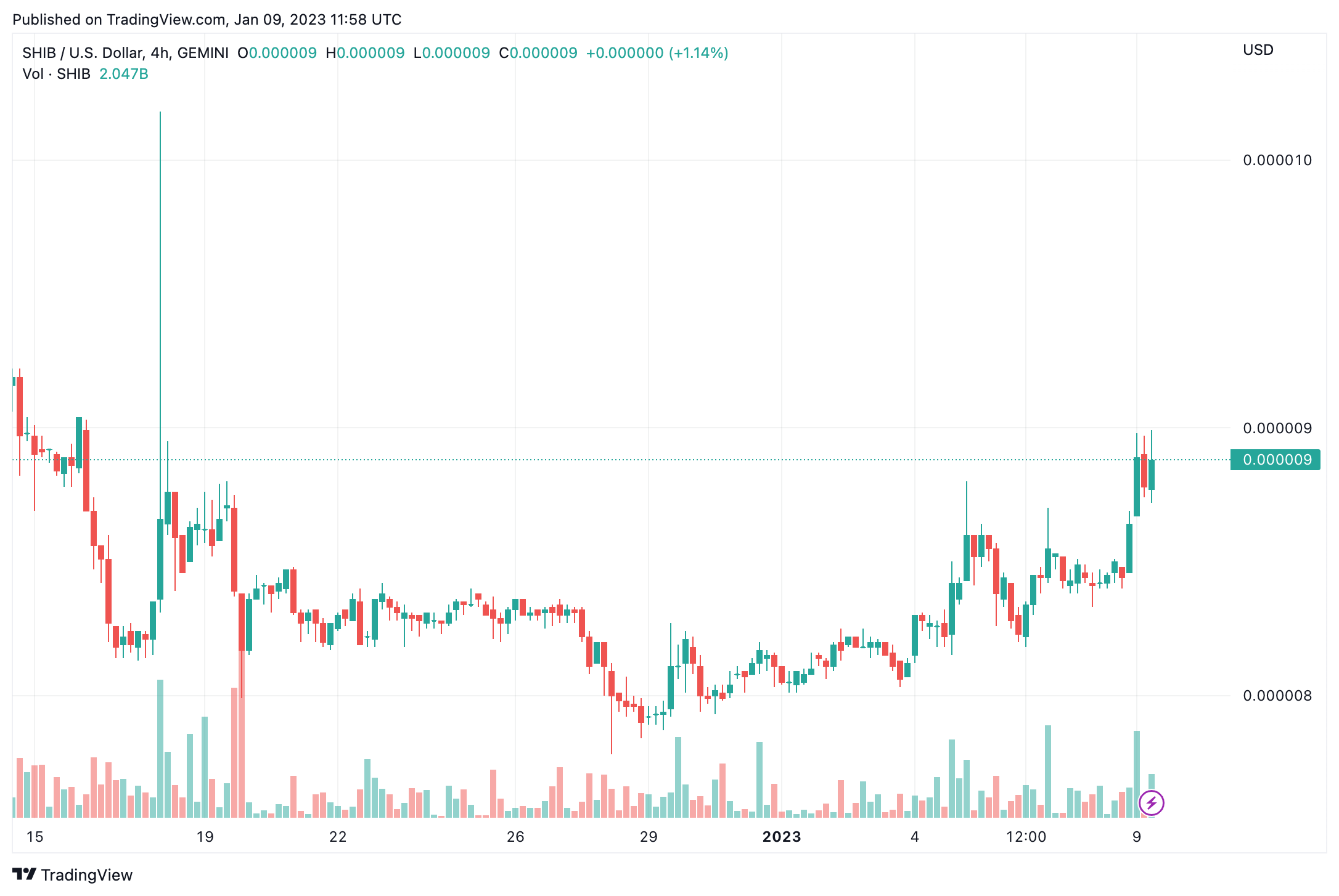 Shiba Inu momentarily overcame the crucial $ 0.0000087 daily MA 50 level, which has served as its price cap since Nov. 10. The next level of growth, which may be $0.0000101, maybe the target if this barrier is continuously broken, allowing for additional expansion. In related news, a reminder for the Final SHIB Metaverse Media Submission was posted on the official SHIB Twitter account.

The Shiba Inu team has announced that to include SHIB community members in these publications, a series of promotional movies demonstrating the continuing work being done on the metaverse and brand-new disclosures will occur over the future months.

Ripple spotted moving massive amount of XRP, while price of coin is going up