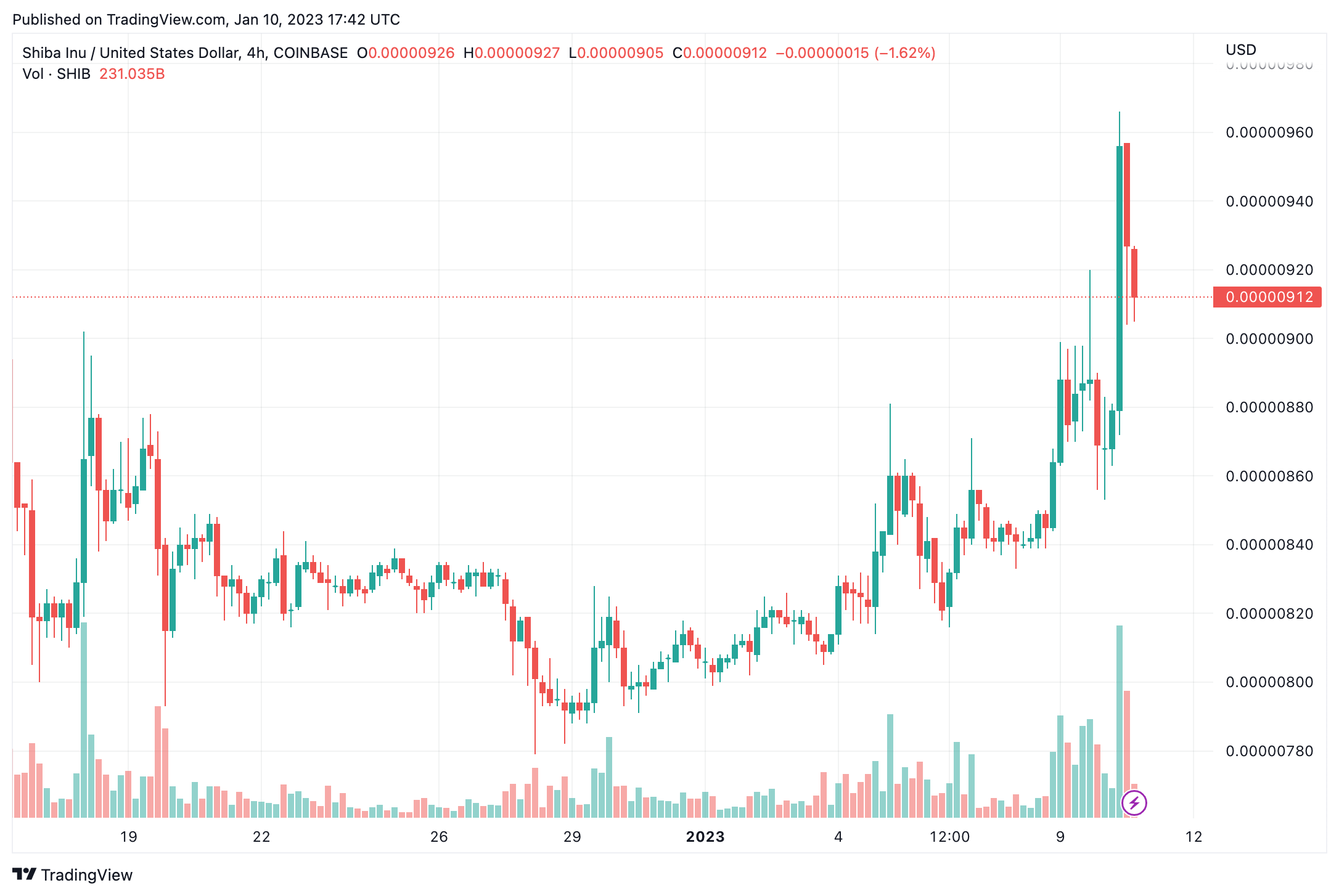 The fact that the price of SHIB tested both the top and lower limits of the price corridor—where the token has primarily moved since the most infamous event of November, the collapse of FTX—in a single day is even more astonishing. If the token was promptly purchased back at the lower boundary for SHIB, which was approximately $0.00000855, then at the higher barrier, around $0.0000096, SHIB made a false break and returned to the range.

Binance, a major cryptocurrency exchange, shifted 13 trillion Shiba Inu tokens while SHIB was pushing the market’s limits and the nerves of buyers and sellers to the test. The $100 million equivalent of 12.661 trillion SHIB was the initial withdrawal made by the black-and-yellow crypto juggernaut.

Then Binance restated a third of that sum, leaving it with 8.6 trillion SHIB. However, it’s unclear whether the occasion was as beneficial as Shiba Inu aficionados claimed. Although 8.6 trillion SHIB were not staked again after Binance removed 4 trillion off the market, this increases the likelihood of an order book storm.

Later tweeted that 4 trillion (4,000,000,000,000) SHIB had been transferred by Binance to an unidentified wallet. Shibburn reported that the cryptocurrency trading behemoth had restaked these joke coins, valued at $36,280,000.

Shibburn added that now there are 4 trillion coins temporarily out of circulation.

Influential member of the SHIB community @ShibBPP remarked on this news. He claims that on the day of its inception, Binance exchange set up a whitelisted wallet on ShibaSwap. The crypto powerhouse in CZ is currently staking SHIB there and rewarding its members with prizes.

As Bitcoin price nudges higher above $17,400, altcoins are surging