Nearly 120 million XRP (that is nearly $40 million) has been transferred from large crypto exchanges to anonymous wallets, according to Whale Arlert bot. 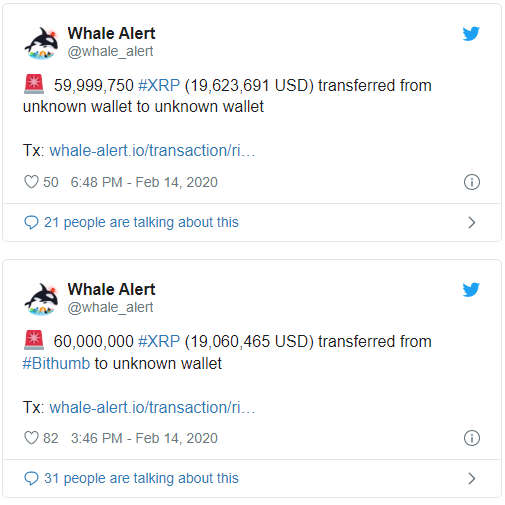 The Whale Alert has shared with the community data on two astounding XRP transactions. One totalling 60 mln XRP, the other – 59,999,750 XRP.

The senders were the Bithumb and Bitstamp exchanges, as per the analytical website Bithomp that provides detailed info on XRP transactions. One of the destination wallets is dubbed LBIclient, the other one was activated by an anonymous user.

However , XRP remains above the $0.30 level after the recent surge and is trading at $0.33 at the time of writing.

The cross-border payment company Ripple has released an overview on the state of its network, including new details on its XRP remittance platform. 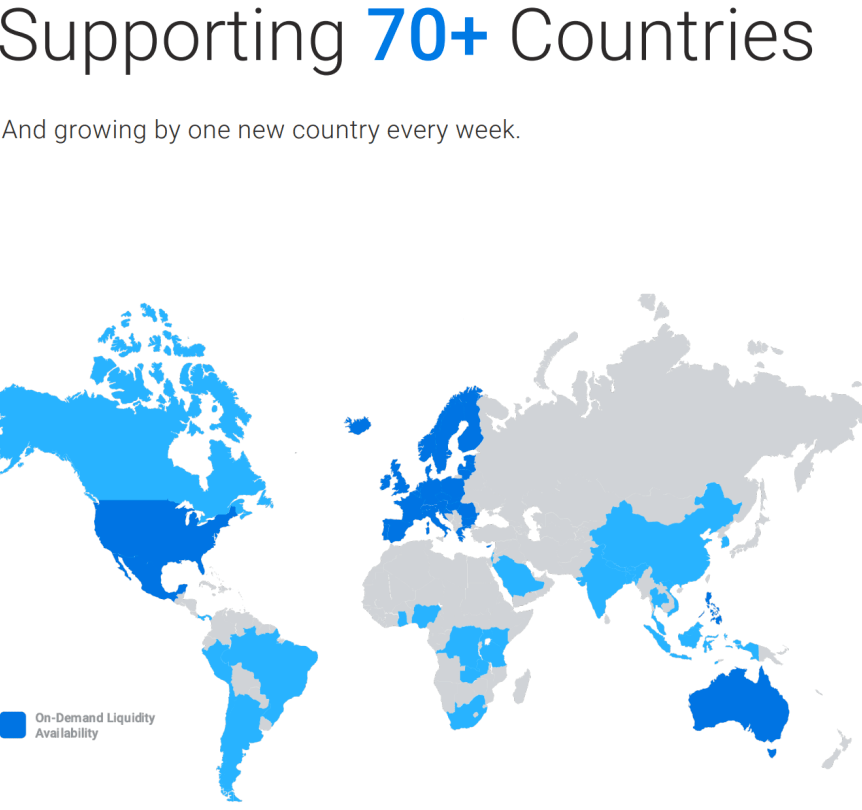 The company says its network of banks and financial institutions now spans 70 countries. On average, a new country is added to the list every week. In addition, Ripple says its XRP-based remittance platform On-Demand Liquidity (ODL) is growing. Ripple rolled out its XRP remittance product for commercial use in October of 2018.

Craig Wright not sharing over 10,000 documents with the court due to the existence of client/attorney privilege