11% of Indonesians own cryptocurrency as fiat devalues, Bitcoin price towards $ 7,000 after moves from the Fed

11% of all Indonesians own some form of cryptocurrency/Bitcoin

According to Hootsuite’s report, which cited GlobalWebIndex, with 11% of the 270 million people owning at least one cryptocurrency. With the above ratio, 1 out of 9 citizens owning cryptocurrencies proves a rapid level of acceptance. 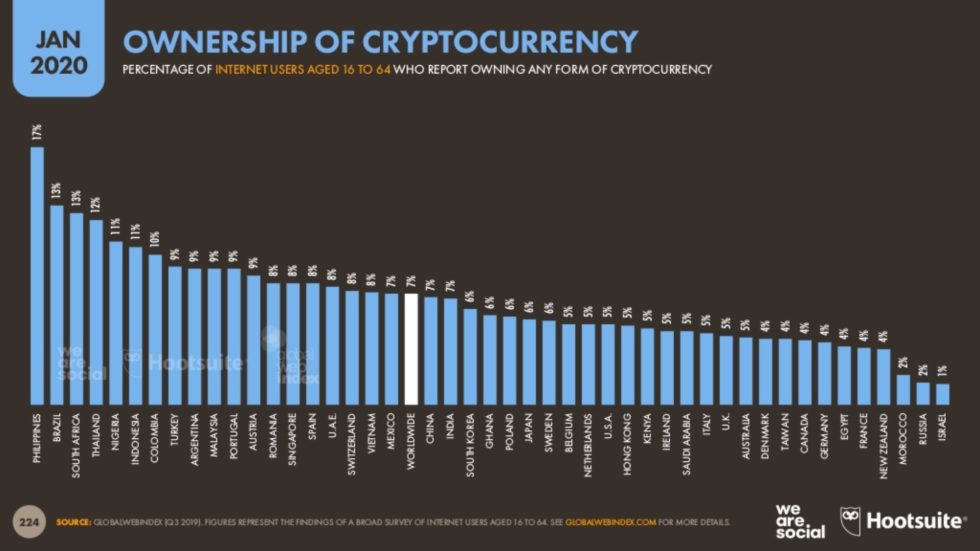 More and more Indonesians prefer to hold cryptocurrencies because the Indonesian Rupee (IDR) is slowly depreciating. IDR has now fallen against the U.S. currency. The dollar has hit its lowest level since 1998 and may soon drop to a record low. Since the beginning of the year, USD/IDR has increased by about 20%, which is a lot for a fiat pair. Most of the damage this month came from the COVID-19 pandemic.

The 11% figure is impressive when only about 64% of Indonesians have access to the Internet from any device.

Are the statistics accurate?

After the report was released, not everyone agreed with the figures, as mentioned above. Some locals say it’s doubtful that 11% of Indonesians own cryptocurrencies, as this number has been exaggerated.

In in the Asian Financial Crisis, 1997, the currency devalued by 10x. So they get it.
As the 4th most populous nation in the world, 50% of 265 million people are under 30 years old. pic.twitter.com/SfTYKnm3yw

Moreover, the report also states that 7% of the world’s population owns at least some Bitcoin or some altcoins. This means that more than 546 million people in the world own cryptocurrencies. That number is much higher than other estimates. For example, Coinbase CEO Brian Armstrong believes that there should be about 50 million cryptocurrency users worldwide.

In conclusion: I think it’s still very much up in the air which blockchain will help get crypto from ~50M users to 5B. The chain that manages to ship some of these scalability, privacy, decentralized identity, and developer tool solutions will have a big leg up.

According to a chart published by Statista, there were almost 45 million cryptocurrency wallet users as of the fourth quarter of 2019, up from 32 million in the same period of the previous year and more than double compared to the last quarter of 2017. 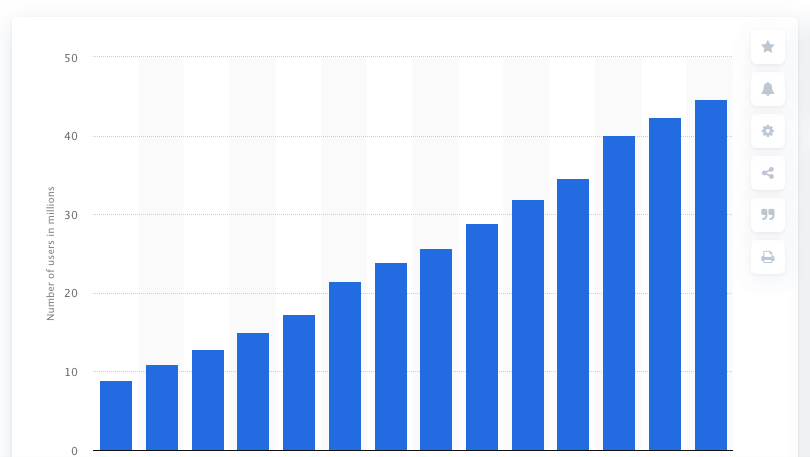 In general, the truth is that Indonesia is facing the adoption of cryptocurrencies.

Bitcoin price confidently heads towards $ 7,000 after moves from the Fed

Bitcoin has just rebounded sharply as policies from the Fed seem to be helping the traditional market somewhat recover. The market’s largest coin peaked at $ 6,863 on Tuesday, after leaping to $ 6,600 from Monday’s bottom of $ 5,700 on March 23.

Part of the reason for Monday’s double-digit jump was because the Fed announced it would expand its asset purchase program to help the market recover from the psychological shock caused by the Coronavirus.

“We have predicted that a large amount of money will flow into Bitcoin as a consequence of central banks and governments’ losing confidence in the current turbulent times.”

The central bank of New Zealand and Canada also reduced interest rates to zero and announced that they would buy more bonds next week to reduce the economic downturn. Besides, the Bank of Japan and the European Central Bank (ECB) also adjusted interest rates to harmful levels. Agreeing with the majority of views, analyst Joseph Young and co-founder of David Parkinson of Genesis Node also said that this is an excellent opportunity for Bitcoin.

Several major cities around the world have issued travel restrictions to prevent the virus from spreading, which has resulted in negative impacts on commercial activities.

Everything is still ahead

While the outlook for the future looks bright, Bitcoin’s latest price dynamics seem to be significantly affected by the stock market. The correlation over the 90-day range of Bitcoin and S&P500 prices rose to the threshold of 0.52.

At the moment, the global market is showing signs of substantial increase after the efforts of the Fed to prevent the crisis. The Euro Stoxx 50 index, Europe’s asset index, is now up 5.5% on the day, while the S&P500 secondary index has also increased by 5%. Asian stocks also had positive signs today.

Besides, Gold also has a 4% increase to $ 1,600 an ounce at present, after a 3% increase on the previous Monday. As a result, Bitcoin will be able to retest the psychological resistance of $ 7,000 within the next 24 hours. The specs are also drawing a positive picture for Bitcoin.

Glassnode: The amount of Bitcoin withdrawals has surged…

Bitcoin price could soon find a short to medium-term…

ETH 2.0 transforms Ethereum into the blockchain, but what…

Glassnode: The amount of Bitcoin withdrawals has surged to a…

Ethereum price traded to a new annual high of $ 636 before correcting lower. ETH is showing signs of decline and it…
Ripple News

XRP price is one of the most surprising beneficiaries of the recent market-wide uptrend, with the previously…
Ethereum News

After Coinbase, Huobi, and OKEx, Binance exchange said Tuesday that it will go live with a new Eth2-focused staking…
Bitcoin News

Bitcoin price bullish momentum has been going wild over the past few days, with bulls taking the cryptocurrency…
Libra News

Libra Association, composed of 27 member firms, announced Tuesday it was changing its name to Diem, which means…
Bitcoin News

According to the Yonhap news agency, the Korean National Assembly held a meeting, deciding to adjust the…
Ethereum News

A leader of the alleged Ponzi scheme AirBit Club has extradited from Panama on November 25 by the United States…
Loading ... Load More Posts No More Posts